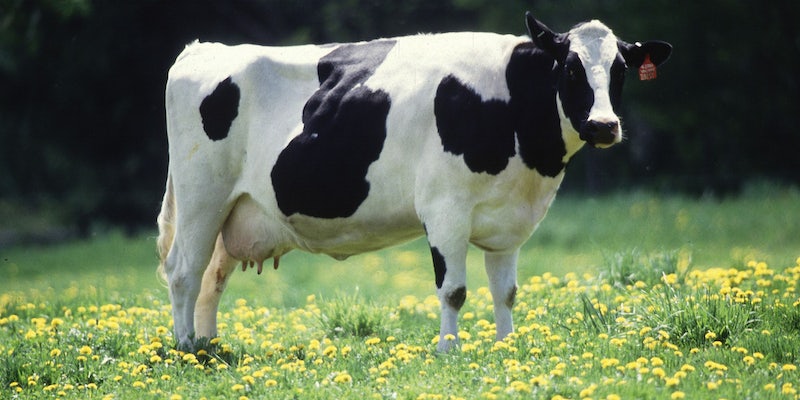 Alternative energy sources are all the rage these days, and in the long run they might help us save the planet from our own poor decisions. But the bus that just set a U.K. land-speed record isn’t powered by electricity, solar, wind, hydrogen, or ethanol; instead, it moves thanks to something that flies out of a cow’s rectum. This bus is powered by cow farts.

Great to be part of helping @reading_buses achieve a land speed record today with their #projectvroom bus! pic.twitter.com/tcEFJxxZD7

The “Bus Hound” is a passenger bus built by Reading Buses, and while it normally spends its days carting riders around the English town of Reading, it recently traded in its daily grind for a few laps on a race track.

The bus, which is powered by the biomethane gas produced by cow manure—and frequently expelled as flatulence—set the country’s bus-speed record by recording an official speed of 76.8mph. Unofficially, the bus actually topped 80mph, but that speed wasn’t recorded by the U.K. Timing Association and therefore wasn’t verified.

Painted like the cows that provide its power, the Bus Hound stores its stock of compressed cow gas in large tanks on its roof. If you don’t think that 80mph sounds like an impressive feat, consider the size of the bus and the lack of aerodynamics at work here. It’s a bit like sending a brick on wheels around a race track. When you add in the fact that it’s powered by bovine vapors, that’s a pretty impressive top speed.