Will you use it?

At a time when the news is full of reports of police brutality and abuse of power, people need something to restore their faith in the men and women tasked with serving and protecting them. Imagine a way to hold troublesome police officers accountable for their actions, perhaps through a Yelp-like rating and reviewing service.

On Thursday, the creator of CopScore, a service that encourages people to submit police “officer performance reviews,” shared a link to the service on Hacker News, a forum for startup technologists. It was posted as an entry for Show: HN, where developers can show the community a project they are working on and other users can try it out, give feedback, and ask questions about the idea.

Anyone can register officers in the CopScore system, including anonymously. To register a cop, one must know his or her name, department, and title. The form also requires that the registrant specify whether or not the officer arrested them. If you actually want to post a performance review on the CopScore, you will need to sign in and provide the officer’s badge number.

Already, a few HN users have raised issues with these entry requirements—one commented that only people who have had a bad experience with a cop are inclined to demand their badge number; thus, requiring this on CopScore might elicit purely negative reviews.

Another user commented on the negative connotations of the sample page linked in the post. CopScore, they wrote, was “not intended to present cops in an impartial light,” given that the language used in the submission form (seen below) suggested that its main purpose was to report a crime. 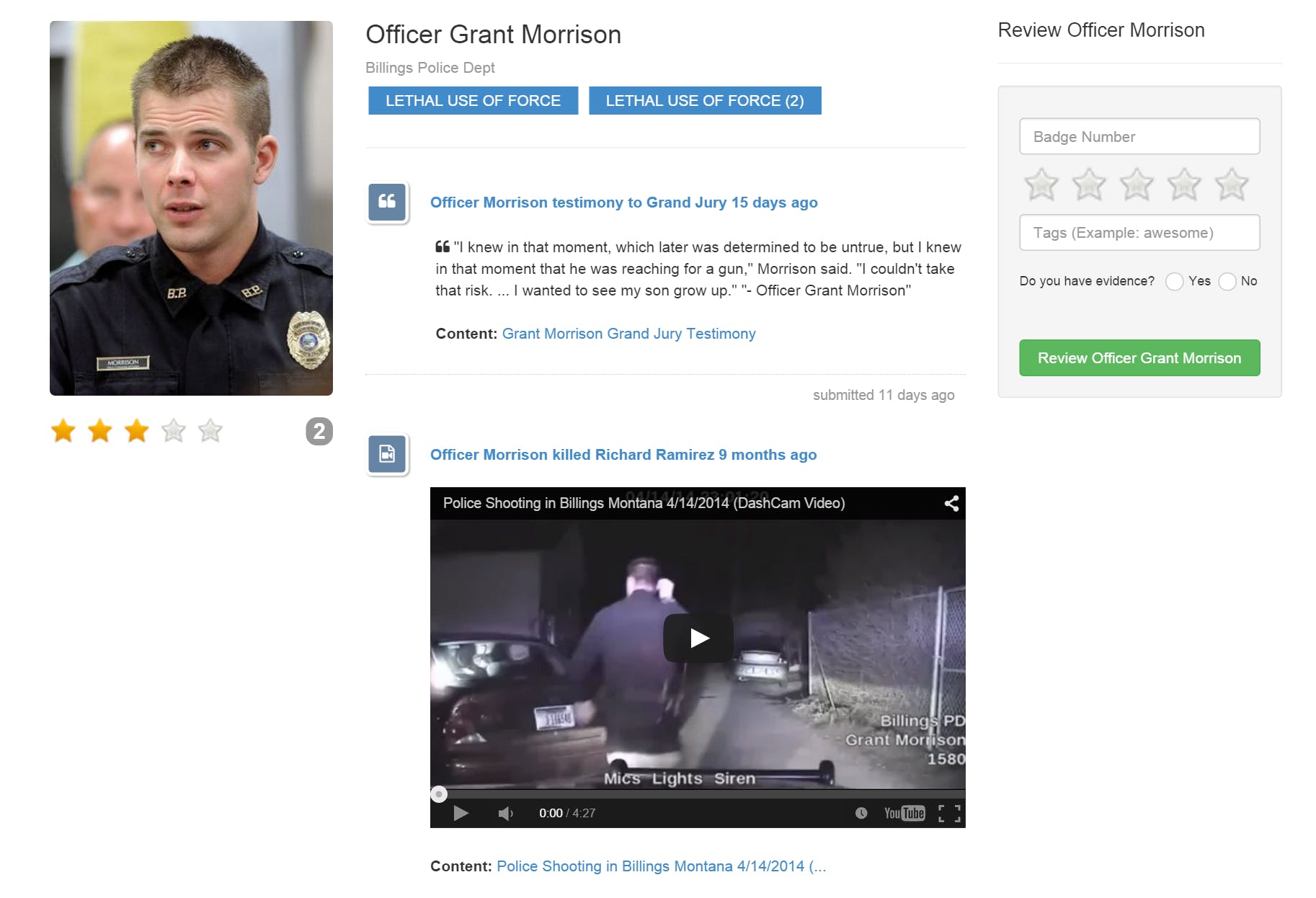 “I put the badge number there because I did not want people posting fake reviews,” wrote Arion Hardison, the user who initially posted the idea on HN and whose Twitter profile is linked on CopScore’s Update page. “I wanted only people that had actual interaction with the Cop to be able to vote.”

Hardison claims that there are currently more positive cop reviews on the site than negative ones. 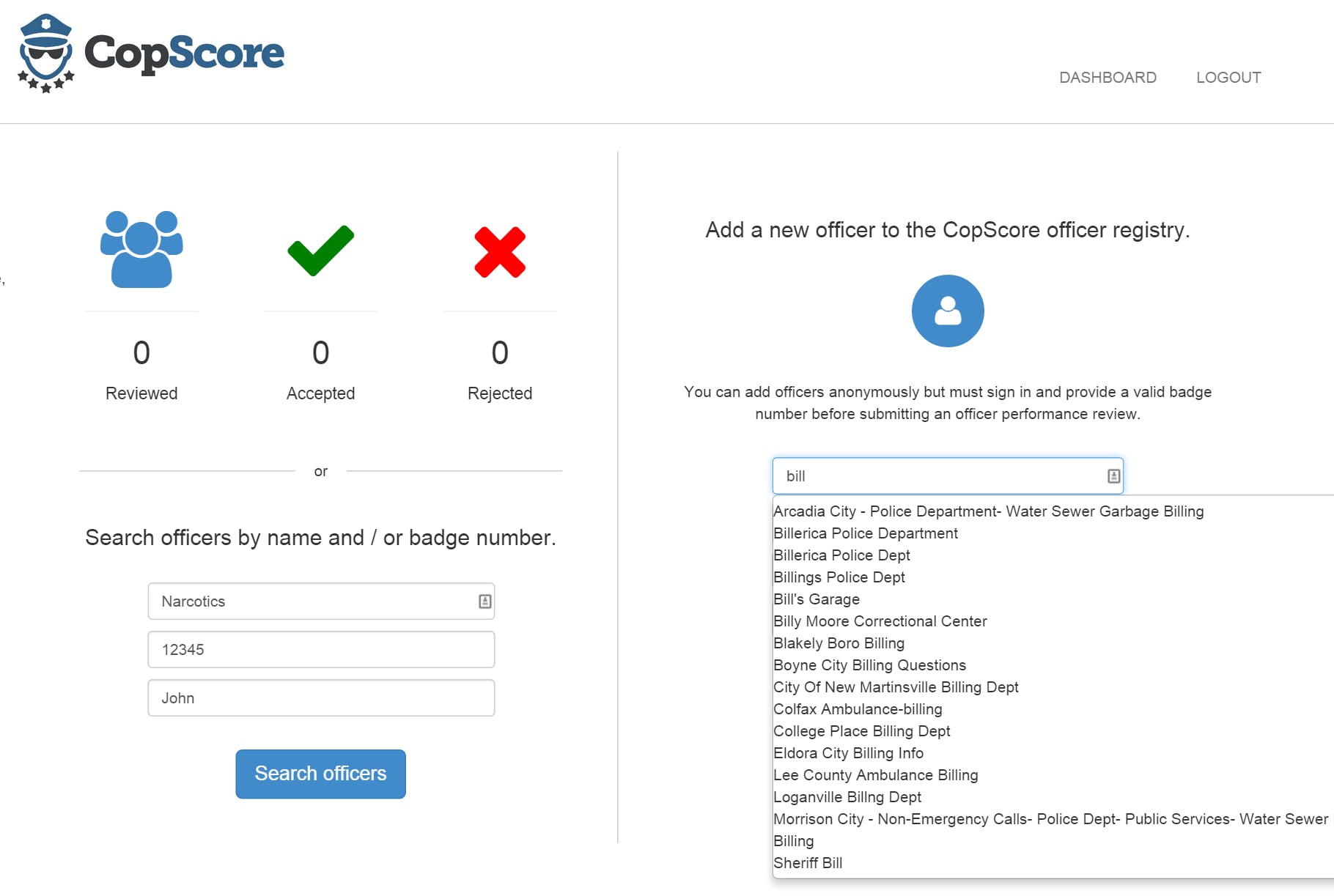 In its early “beta” form, CopScore offers two main features. Under “Add a new officer”, typing anything under “Department Name” generates suggested departments that submitters can associate with their entry. The “Title” field also has a dropdown list with commonly used designations.

It looks like you can pretty much type anything under “Officer Name” and “Badge Number.” Clicking “Register officer” seems to create a record in the system, but it’s unclear whether the database requires a genuine badge number to validate the entry.

CopScore’s other main feature, its search database, allows users to look up by name and/or badge number.

Admittedly, if used properly, CopScore could be a useful way to praise good cops’ admirable work ethic and discourage conduct unbecoming of police officers. The real challenge, for now, is how to inspire concerned citizens to discuss good cops as often as bad cops. Otherwise, CopScore risks being dismissed as yet another forum for disaffected citizens to vent about their bad experiences.