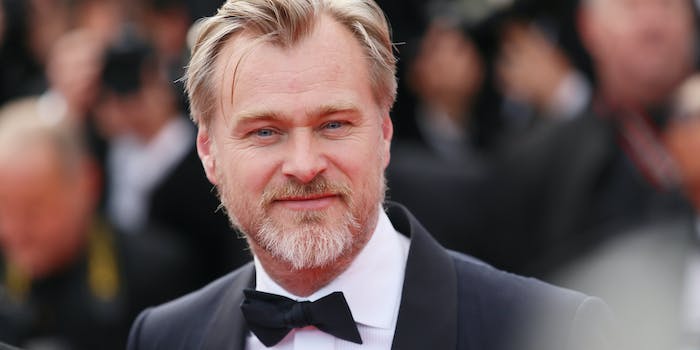 Last week, Warner Bros. announced that all of its 2021 films would follow in Wonder Woman 1984’s footsteps and be released simultaneously in theaters and on HBO Max in the U.S., a move made because of the COVID-19 pandemic. But while Wonder Woman 1984 star Gal Gadot and director Patty Jenkins were more than aware of the shift from the get-go, much of Warner Bros.’ slate of actors and directors were given almost zero warning before learning their film would get a streaming release.

Director Christopher Nolan, whose latest film was one of the first major blockbusters to test the waters of a struggling movie theater industry amid a deadly pandemic, didn’t hold back as he blasted Warner Bros., who he’s worked with for nearly two decades, for putting its 2021 slate on HBO Max.

“Some of our industry’s biggest filmmakers and most important movie stars went to bed the night before thinking they were working for the greatest movie studio and woke up to find out they were working for the worst streaming service,” Christopher Nolan, told the Hollywood Reporter in a statement. “Warner Bros. had an incredible machine for getting a filmmaker’s work out everywhere, both in theaters and in the home, and they are dismantling it as we speak. They don’t even understand what they’re losing. Their decision makes no economic sense, and even the most casual Wall Street investor can see the difference between disruption and dysfunction.”

Nolan is no stranger to highlighting what he feels is the importance of a communal theatrical experience. Over the summer, as Tenet’s release date kept getting pushed back because the majority of U.S. theaters remained closed, Nolan insisted that Tenet could be a film that would help to revitalize a struggling industry. Despite Nolan’s intentions, however sincere, his insistence came off as an out-of-touch director asking people to risk their lives to watch a movie.

In theory, Tenet was that kind of movie: A blockbuster from a director who can get moviegoers into seats with a film that isn’t based on existing intellectual property. In other countries, where COVID-19 was more under control, Tenet did fairly well. But in the U.S., when the only way that you could see it was in a theater or a drive-in, it was a non-starter—and something of a flop for Warner Bros.; other studios pulled their biggest movies from the schedule and pushed release dates back to 2021 and beyond.

Nolan’s latest comments, which have now made him the face of the dissent against Warner Bros.’ move to a hybrid release model, made him an easy punching bag, especially as people remember his insistence about Tenet’s release.

It’s not just Nolan who could be affected by this switch. As in-depth reports at the Hollywood Reporter and the New York Times revealed, a lot of money is at stake and much of the talent that Warner Bros. cultivated is pissed about being kept in the dark about the hybrid shift until just before it went public. In the case of Gadot and Jenkins, they each reportedly received more than $10 million to get them on-board with moving to an HBO Max release, which was in part compensation for backend pay they would’ve likely received had Wonder Woman 1984 been released in theaters in pre-pandemic times.

But other actors and creatives aren’t being offered as generous deals as Gadot and Jenkins to make up for backend pay they might’ve made in theaters, which they feel Warner Bros. is now helping sabotage by releasing those movies on its own streaming platform. There’s talk that Legendary, which has Godzilla vs. Kong and Dune being released by Warner Bros. next year but wasn’t informed of the deal ahead of time, might sue Warner Bros. And that doesn’t even cover how it might affect those who don’t aren’t in as privileged a position as Nolan to speak on the record about it.

Warner Bros. might insist that it’s a hybrid release, but if Nolan’s outright disdain is any indication, the fallout from what might be a temporary fix might have more permanent consequences.