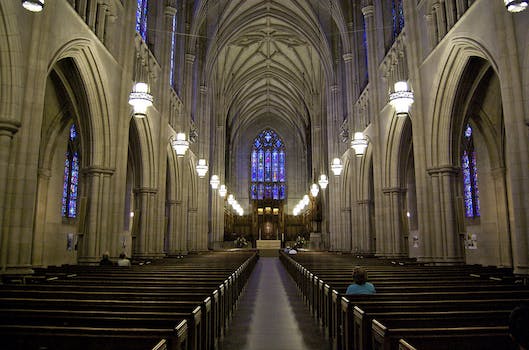 How the Internet built the new Christian conservative movement

The well-oiled machine of evangelical Christianity has been around since the Middle Ages, and the Internet is just a new playing field.

Last week, Duke University announced an unprecedented and potentially groundbreaking policy: Duke’s Muslim students would be permitted to broadcast the adhan, the Muslim call to prayer, from the school’s chapel on Friday afternoons. By Thursday, the school was rolling back the policy, bowing down to Christian extremists who had been steadily protesting the move. Meanwhile, “GodHatesFags.com,” the home base for the highly conservative Westboro Baptist Church, has been up for 16 years. One has a great deal to do with the other—the explosion of conservative Christianity and effectiveness of activism by Christian extremists, has largely been fed by the Internet.

According to recent Pew statistics, some Americans want more religion in their politics, with 56 percent of respondents arguing in a 2014 poll that religion is “losing influence in American life, and that’s a bad thing.” These statistics were led by the Christian and Evangelical communities, where despite the broad spectrum of religious affiliations and attitudes, it is extreme conservatism that cries the loudest. Curiously, though, few seem willing to label Christian extremism for what it is, though they don’t hesitate to do the same for radicalized Islam. The very discomfort with challenging Christian conservatives illustrates how effective their rhetoric is, and how thoroughly they dominate society.

Duke fell victim to a massive and extensive machine that sprawls across America’s Internet, mowing down anything in its path. It’s a well-honed, extremely fine-tuned machine, one that’s growing every year. Don’t make the mistake of casting conservatives as luddites and bumpkins who don’t know how to operate a mouse: Evangelicals take their communications skills and passion for Jesus to the Internet with seamless grace, just like they did on early Christian missions to Africa and South America. The university never stood a chance, and neither do a growing number of other social and cultural institutions facing the tide of Christian extremism that’s overtaking the United States.

Even as Duke initially announced excitement over the policy and indicated that it was receiving positive responses, the opposition was already moving into action. When the news started trending across the Internet, it wasn’t because of Muslims—or friendly progressives—but rather because conservatives were infuriated about the decision, and they wanted to stop it.

Commenters accused Duke of caving to extremism, calling the adhan the “devil’s call to prayer,” suggesting that Muslims should be forced to “return to their country” or just be “shot,” and claiming that this was further evidence of the dangers of multiculturalism in the United States. It wasn’t just hot air, though. Conservative forces large and small were already gearing up for the next stage, building on that rage to force the university to back down. Among the Islamophobic comments—and a few anti-Semitic ones, mysteriously—were calls to action, including detailed action plans and information on how to reach university officials to demand that they rescind the policy.

Their plan was brilliantly executed. University officials were flooded with phone calls and emails on the subject, many of which were allegedly “vitriolic,” according to university representatives. In addition, high-profile conservatives pushed Duke alumni to refuse to donate to the university. They also took to social media to quickly spread the word, inciting a tide of Islamophobia that didn’t require that much work to build, given recent events in France.

They relied not upon having to slowly gather the troops over a single instance of something that upset them, but on a long-established and well-built method for taking down targets. Extremists have the formula down to an art form, allowing them to move extremely quickly to organize around issues that weren’t controversial until they came on the scene. They used the Duke case to simultaneously achieve the primary goal of putting a stop to the adhan, publicize the fictional threat of the “Islamization of America,” and intimidate American Muslims with the reminder that they’ll never be welcome in our allegedly pluralistic society.

Duke definitely knuckled under the pressure of religious extremists, but it wasn’t Muslims applying the pressure—the university sent its 700 Muslim students literally back underground to pray. This despite the university’s mission “to promote an intellectual environment built on a commitment to free and open inquiry.” An institution that supposedly provides opportunities for students of all backgrounds to mingle and exchange ideas shouldn’t be allowing members of one faith alone to dominate campus religious activities, but Duke did. Notably, almost all of this pressure came from off campus, with Christian students expressing disappointment and even anger about the situation.

Representatives of the university claim there were “security concerns” and that the original announcement disrupted campus unity. Such concerns aren’t verifiable, as the university hasn’t chosen to share them with the public, but they certainly didn’t come from the Muslim student body—that same student body accused of radical extremism and “Islamism” by conservatives. Instead, those threats came from members of an allegedly peace-loving religion, most of whom weren’t even at the university or involved with it in any way.

Of course, Christian extremists’ skills at political organization extend long before the Internet. They were good at it long before the Internet: the McCarthy hearings, the Vietnam War, the 3/5ths compromise, and even the Salem witch trials were all triumphs of conservative organizing. Christian extremists have succeeded in politicizing the personal for decades, but the Internet facilitates lightning-fast communication and the amplification of a message that might flicker and die if it only spread between a handful of pulpits. Instead of having a limited audience, modern extremists have the world laid out before them, a bully pulpit the size of Facebook.

Abortion is perhaps one of the most obvious examples, but Islam is another. For Christian extremists, Islam represents a looming and terrifying threat that must be cut down at all costs. Extremists bitterly fought the construction of the so-called “ground zero mosque,” the Islamic cultural center a few blocks down from the World Trade Center, nearly succeeding in halting it altogether. They maintain steady claims that the president is a “secret Muslim,” suggesting that he is working to turn America into a new Islamic caliphate. And they attack a university for broadcasting the call to prayer one day, once a week—while saying nothing of the daily carillon.

In fact, evangelist Franklin Graham complained on Facebook by asking: “Will evangelical Christians be allowed the same three minutes weekly?” Apparently he missed the missed the memo on the regular sounding of church bells across campus.

“It’s easy to see the ways this incident may reverberate, says David A. Graham (no relation) at the Atlantic. “Muslims at Duke may feel as though the university has their back only when it’s politically popular. Administrators at other colleges will be reluctant to institute calls to prayer, having seen what happened even at a wealthy, powerful private university.” His comments are incisive; Duke, like many institutions, should be facing a crisis of conscience over this administrative decision.

Much as early missionaries zoomed in to save the savages from themselves, modern-day evangelicals are using the Web to shape every aspect of public and private life. When Duke’s Muslims listen for the adhan on Friday afternoons and hear nothing but the wind, they have their own university to thank, as well as mobilized off-campus hate. But most importantly, they also have the Internet.