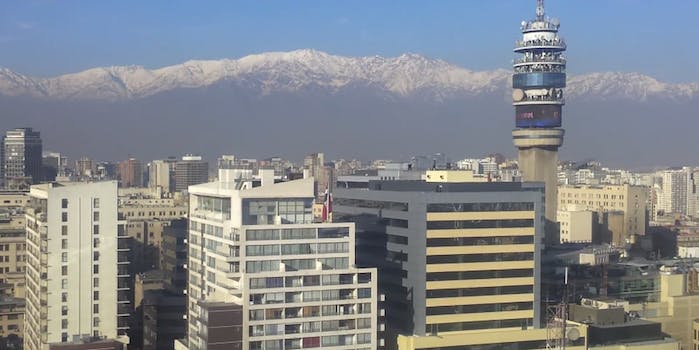 Wednesday’s World Cup games saw the elimination of three teams, but no loss was felt stronger than that of Spain, the 2010 defending champions.

First, Spain was slaughtered by the Netherlands last Friday. Then, in a shocking turn of events, they got kicked out of the tournament after losing to Chile.

The excitement of the Chile supporters in the crowd in Brazil was infectious, for sure. But for those finding themselves in the Chilean capital city of Santiago, it was near-deafening. You don’t even need to see the action on the pitch to tell the exact moment that the game ended.

And that’s just Chile winning its way out of group play. Imagine the sound the country that wins it all will make upon seeing that final score.