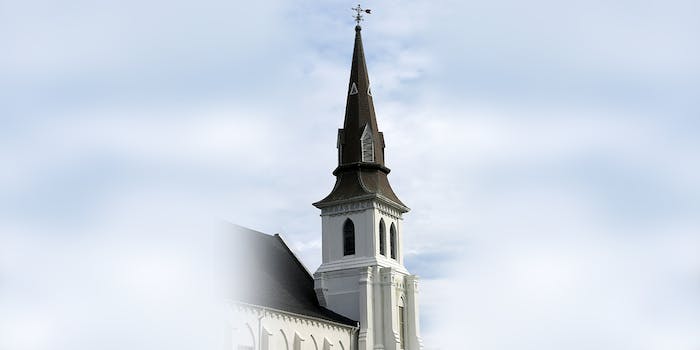 We must remember that Roof isn’t alone in his beliefs. This was no isolated event.

Black churches have long served as sanctuaries and homes to many African Americans. However, they have also been targets for violence, mainly by white people, who would use their power to plan and execute attacks to terrorize the black community.

The Charleston shooting is one of the latest acts of violence against Emanuel AME Church, a predominantly black church where a white supremacist opened fire after sitting amongst the churchgoers for an hour. Dylann Roof reloaded his gun five times, killing nine and leaving only three survivors, including a five-year-old who played dead and a woman who Roof spared as a witness.

Indeed, Roof committed a hate crime, an act of domestic terrorism that doesn’t exist in isolation. A look at the history of black church bombings—in addition to the rapes, lynchings, and murders that took place during and after black church services—shows this situation, and this mindset, isn’t the behavior of a supposedly deranged loner. This was a deliberate attack on black people and the Black Church, an institution that has served African-American communities for generations.

For generations, black churches have uplifted the downtrodden through prayer, offered financial support, provided a home for slaves, and have encouraged political activism and community leadership. For example, civil rights leaders and ordained ministers such as Dr. Martin Luther King, Jr. often traveled to black churches—including Emanuel AME—to deliver speeches on voting rights and encourage protesting. The church has always served as a fixture in the black community. But because it has long been a boon for community development and political power, black churches have long been targeted for terrorist attacks at the hands of white supremacists.

One of the most notable attacks against black churches, as seen at the beginning of the film Selma, dates back to 1963—when the Ku Klux Klan set off a bomb under the steps of the 16th Street Baptist Church in Birmingham, Alabama. Four innocent black girls were killed that day, and 20 more suffered injuries at the hands of white supremacists. And throughout the Civil Rights Movement, thugs and racists planned attacks on black churches because they were intent on killing innocent black people.

But the violence didn’t end there. During the 1990s, white supremacists set fire to several black churches, acts of domestic terror aimed at burning down the buildings and displacing black community centers in the process. As an archive of reports from the Washington Post show, the Justice Department began investigating the matter in February 1996, after it was clear the arsons were part of a broader trend of hate crimes. Coupled with the 2008 attack on the Macedonia Church of God in Christ and the latest incident in Charleston, to name a few, black churches have always been targets for vicious racists.

As a part of that history, Emanuel is no stranger to attacks inspired by hate and has served as a symbol of black resilience to those who know the church’s rich history. In 1816, Emanuel was founded by Morris Brown, a free black Methodist, making it the oldest AME church in the South. Other founders include Denmark Vesey, a slave turned carpenter who became a leader in the abolitionist movement. In 1822, the church was burned because of speculation that it was a meeting place for planning rebellions and its association with Vesey. Thus, it’s no surprise that Roof chose Emanuel AME as a target.

Establishments that benefit the black community pose a threat to people who wish to uphold white authority while marginalizing—or harming—black folks. Even during slavery, the Black Church challenged the notion that black people were inhumane or incompetent. Black churches have served as areas of resistance and liberation in the midst of white-dominated society, and that alone is enough to instill fear and suspicion in white supremacists, including Roof.

Roof’s hateful behavior—including his involvement with white supremacist forums, his belief that black people “had to go,” and his affinity for symbols such as the Confederate flag—has indicated that he entered Emanuel AME with a plan. In terrorizing the church and country with his actions, Roof did much more than end nine lives. He destroyed the sanctity and serenity of a centerpiece in the black community, sending a signal to communities in Charleston, as well as black churches around the world, that the history of racialized violence against black people is far from over.

While honoring the lost lives of those murdered in Charleston, we must remember that Roof isn’t alone in his beliefs; this was no isolated event. Roof is now one in a number of white supremacists who have targeted black churches for generations. Instead of excusing the tragedy away as the act of a loner, the incident in Charleston should be a call to action—to end indoctrinated hatred, rebuild communities suffering from institutional racism, and change a system that devalues black lives.

Alexandra Samuels is a third-year journalism major at the University of Texas at Austin. She enjoys discussions on race politics, sexuality and Chance the Rapper.