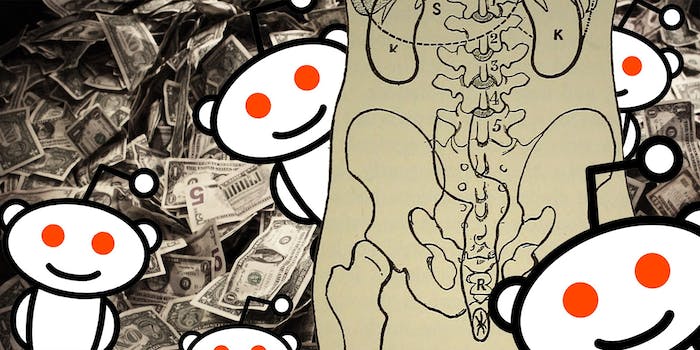 This story keeps on getting stranger.

The massive leak of celebrity nude photos has led privacy-violating masturbators to donate thousands of dollars to prostate cancer research. And that’s a sentence I never thought I’d write.

In the latest twist after what’s been called #Celebgate and the Fappening, redditors who shared the leaked nudes have endorsed a cancer research charity “in honor of Jennifer Lawrence.”

On Aug. 31, hundreds of intimate photos of A-list actresses began to spread online, and many believe more are yet to come. Rumors have circulated that the leak was orchestrated by secretive online gang of celebrity nude-swappers who took advantage of a vulnerability in Apple’s iCloud software.

As one might expect, the news was greeted with unbridled glee in the sketchiest corners of the Internet. While the celebrities affected have railed against the intrusion into their privacy, a community called r/TheFappening has sprung up on Reddit, gaining 125,000 subscribers in a single day. The subreddit is used to discuss the leaks, and directs redditors to working hosts to share the content.

Reddit is almost unique in allowing links to the hacked celebrity nudes. Virtually all other mainstream sites—including anarchic troll hub 4chan, home of some of the most disturbing content on the Internet—have proactively deleted the images over fears of legal action.

On r/TheFappening, links to the stolen photos are removed and reposted constantly. It’s a busy life for the determined collector of stolen photos. But somehow, found the time for a surprising—and surreal—act of philanthropy.

A post by the aptly-named FappeningHero has sparked off a wave of donations to the Prostate Cancer Foundation by the community “in honor of Jennifer Lawrence,” after FappeningHero claimed that the actress—who has been particularly heavily featured in the leaks and the accompanying press—is a donor to the charity herself.

It’s not clear whether or not this is true, but the appeal touched a nerve, and the community (if you can call a shared love of stolen celebrity nudes that) has piled in gleefully. The dedicated “personal page” on the Prostate Cancer Foundation’s website shows that the denizens of r/TheFappening has already raised more than $6,000 for the charity, with frequent donations for $10 or more “in honor of Jennifer Lawrence.” 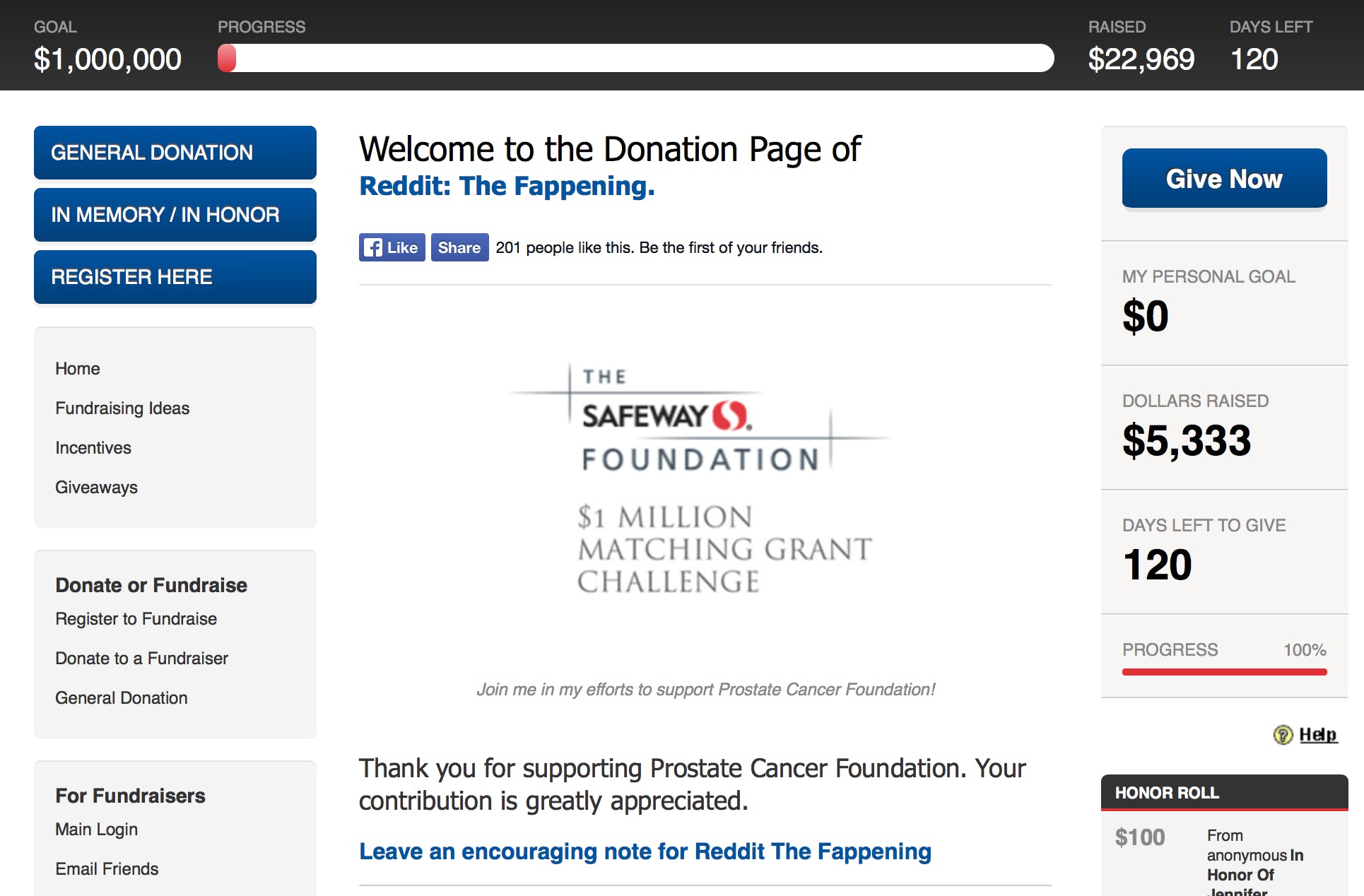 “This is a noble cause and all rappers must unite and raise awareness regarding it,” Richard Greco comments on the page. “We thank Jlaw and others who have made this possible, your sacrifices will never be forgotten or deleted.”

Some donors have given as much as $100, and “Reddit the Fappening” is currently listed as the top donor on the Prostate Cancer Foundation’s website. 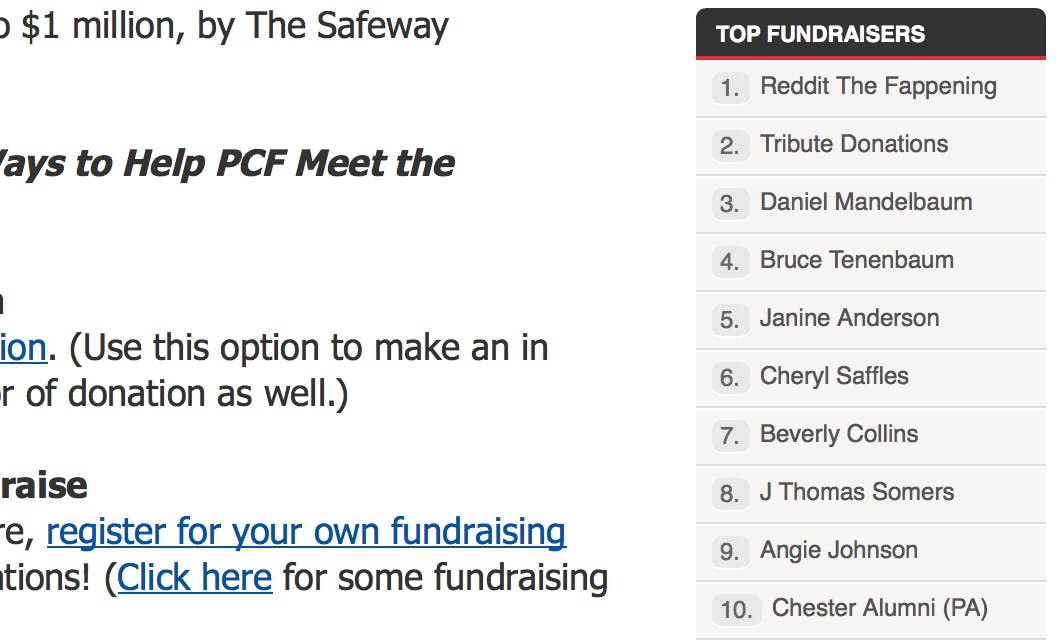 Some redditors have also questioned whether it’s really about charity and generosity, or if “this whole thing is just here to make [subscribers to r/TheFappening] feel good about themselves.”

In the words of Stannis Baratheon, “a good act does not wash out the bad.”