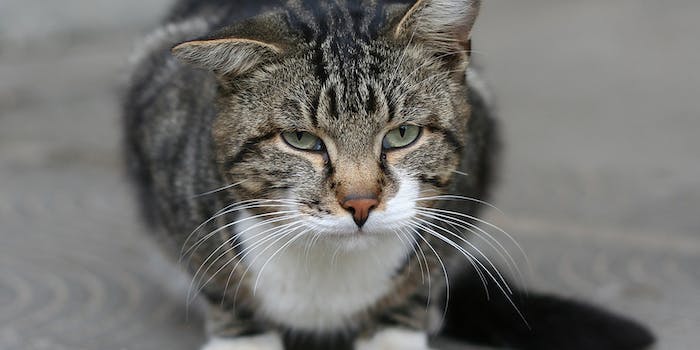 Law enforcement officers have one of the hardest, most dangerous jobs around, but no amount of training could have prepared the West Yorkshire Police Department for a caller demanding an arrest over a bacon-loving feline.

Authorities released audio from the 2014 call, which goes from zero to absurd right from the very start, with the unnamed caller immediately stating that the reason he is calling is because his girlfriend let her cat eat his bacon.

The baffled operator attempts to get some clarity—or perhaps she just can’t believe what she’s just heard—but the man’s story remains the same the second time around, and he follows up his claim with a request that charges be pressed against both his girlfriend and the cat itself.

Arguing can be heard in the background as the man pleads for justice, but he eventually relents when the operator repeatedly insists that the incident is not something the police can help with.