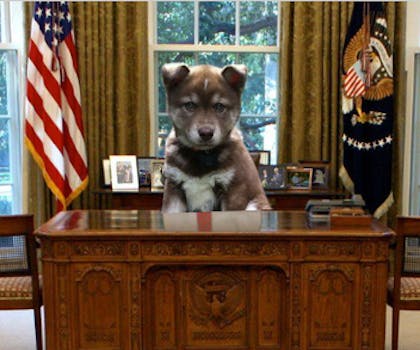 The winners of the Daily Dot's fourth Canvas contest were inspired by a pup just taking it easy.

As part of our fourth caption contest, we asked the Canvas community to come up with clever remixes, captions, and GIFs of this cool Canadian canine, originally taken by Danielle of Newfoundland.

“She’s mostly Siberian Husky and maybe a little German Shepherd, we’re not sure,” Danielle told the Daily Dot. “We got her from a sketchy part of town, called Stabb Court.”

Once again, the results showed just how creative and inspiring the Canvas community can be, with more than 70 submissions and posts. We would like to thank everyone who participated. The winners will—appropriately enough—win some custom stickers from the Daily Dot. Take a look at our favorite works in the Storify below, and be on the look for our next contest in the near future.