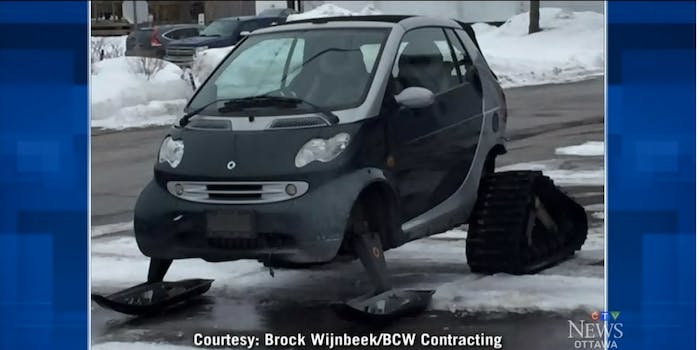 The only thing that would make this car more Canadian is if it apologized for running red lights.

Anderson, who lives in Ottawa, didn’t have any specific reason for creating the Smartmobile, he told CTV News. It was “just a thought that came to me,” he said, “and [it] seemed like the right thing to do.”

“The whole point of the exercise was to see if it could be done,” Anderson said.

The car was a local secret until Anderson’s friend posted a picture of his creation on Reddit, where it went viral.

Anderson said that the car, which cost about $7,000 and took a month and a half to build, is “pretty wild.” Wild indeed.