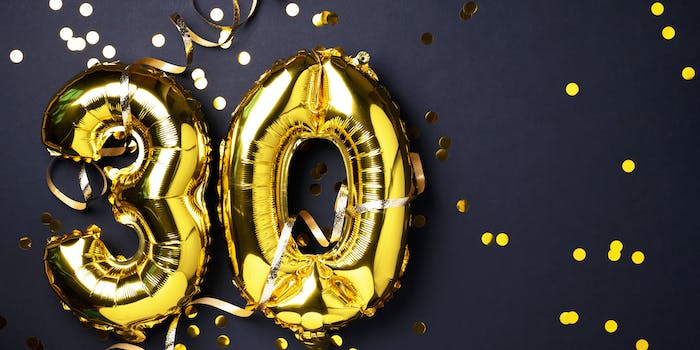 The tweet seems like a joke, but his sentiment was serious. It inevitably turned into a meme about what people should have by the milestone.

Over the last few years, the internet has become strangely fascinated with 30-somethings.

Telling someone that they “look 30” on TikTok is supposed to be an offensive statement, although I personally think it’s a compliment (I’ve looked at old photos of myself in my early 20s on Facebook, and I have no interest in going back to that time period). And there are plenty of articles out there that tell you what you should achieve by 30.

This week, a guy who retired at 35 and now offers financial advice, @SteveOnSpeed, tweeted that “By age 30, you should have a group of friends that talk business, money, and fitness, not politics and pop culture.”

The tweet seems like a joke, but his sentiment was serious. It inevitably turned into a meme about what people should have by the milestone.

“By the age of 30 you should have a favorite pen you won’t let anyone use, a cache of pretty notebooks you’re saving for a special occasion, and at least one piece of media you rewatch endlessly for comfort,” tweeted @allieiswriting.

There are many versions of the meme that reference plots of TV shows and movies, which is ironic considering the original tweet shunned pop culture. But the general theme of the meme is that telling someone how their life should look by a certain age is dumb. Some people might want to talk about pop culture with their friends for life (I fall under this category), while some want to debate money and finance. This is fine; people are allowed to have different interests!

Declaring some topics as juvenile and others as mature perpetuates the idea that you need to become a different person after you turn 30, while abandoning the interests and hobbies that bring you joy.

But the truth is you don’t have to become a demonstrably different person as you grow older. You can like movies at any age. You can complain about politics at any age. Although you might naturally abandon some interests over the years, no one is requiring you to shift into a persona that doesn’t fit.

The “By age 30” tweet was ratioed and memed, but it is one of many similar tweets by accounts that give life and financial advice.

If you’re not in that world, you likely don’t see the tweets. Yet when these types of tweets appear on the timelines of those outside the life advice sphere, they are largely panned. Journalist Erica Ifill tweeted a reply that echoed what a lot of people were thinking: “Go peddle this shit on LinkedIn.”