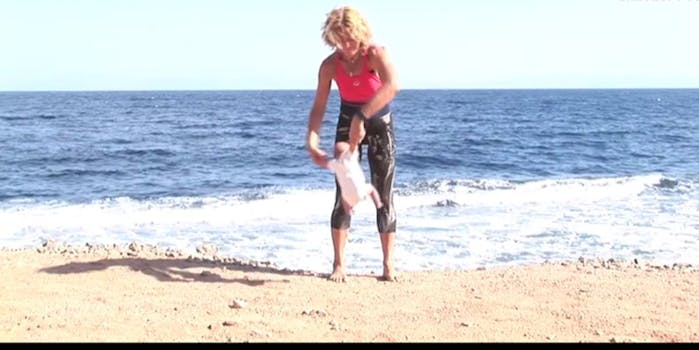 The worst videos on YouTube all in one place

These videos got more than two thumbs down.

Have you ever scrolled through YouTube and been so moved by a video that you’re compelled to give it a thumbs down? Did one downvote not even seem like it was enough? Have you ever wished someone would collect all the worst-rated videos in one place?

That’s the mission of BoooTube.

The site, which went live on Tuesday, is an interesting scroll through Internet shame, a place where you’ll find Rebecca Black’s “Friday,” some Honey Boo Boo, and a lot of racist rants, all of which have moved viewers to tip the scales and give the video more dislikes than likes. Dylan Berg, digital creative director at THEY, created the site. He explained the reasoning behind it:

“I recently noticed that many of the YouTube videos we like to watch at work actually have more ‘thumbs down’ than ‘thumbs up’. I know it’s not just that we’re weird, because it’s a really broad range of friends and people we all follow who share those videos. And many of the videos have millions of views. So we’re definitely not alone. If the video’s so bad, why do so many people watch it?”

That’s the crux of BoooTube, zooming in our our desire to rubberneck on the Internet. Berg said the videos are added to the site via an algorithm.

“Depends partly on the ebbs and flows of YouTube’s rankings, and partly on how frequently site visitors use the search function. The more people search, the more videos will be added to the database. The way the site’s set up now, [it] only shows 50 videos at a time. But there are many, many more in the backend database. It’s truly inspiring to see how many bad videos there are out there.”

Berg started the site more out of curiosity than anything else, but he’s tapped into the flipside of video virality. There’s the recent Dunkin’ Donuts rant, which got more than 10,000 dislikes. “Declaration of War Against Justin Bieber Haters” got more than 12,000 thumbs down. Starting a dialogue can go both ways:

“A video that sparks enough of an emotional response to get you to dislike it is definitely more interesting than a video [you] just quit halfway through to go do something else.”