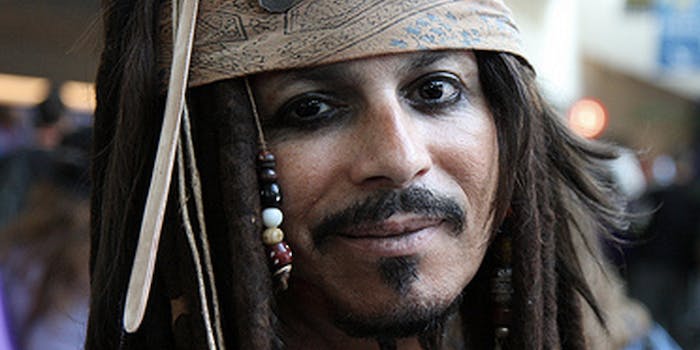 Never mind the Stop Online Piracy Act. Sony Entertainment, Universal Studios, and Fox should be more concerned about what their employees may be downloading.

A new site that lets you spy on your friends’ downloading habits has found a much more serious purpose—exposing movie and music pirates at top entertainment companies.

With the Russian-based service YouHaveDownloaded, users can monitor friends’ file-sharing through their IP addresses. An editor at TorrentFreak, a news site for the bitTorrent community, however, chose instead to plug in IP addresses from Fox, Sony, and Universal Studios. He discovered that downloading is pervasive even at these companies, which are, ironically, lobbying for the Stop Online Piracy Act.

“As expected, it didn’t take us long before we found BitTorrent ‘pirates’ at several leading entertainment industry companies,” wrote Ernesto, the site’s editor in chief. “Yes, these are the same companies who want to disconnect people from the Internet after they’ve been caught sharing copyrighted material.”

Don’t fool yourself into thinking it’s just to keep tabs on the real criminals, either. What business would a Sony employee have with  downloading Conan the Barbarian, a movie with no ties at all to the company.

What does this mean for people who use peer-to-peer file sharing services online, which—as even the RIAA acknowledges—is an enormous percentage of Internet users?

The companies’ reaction to the news could resolve all. According to TorrentFreak, the best possible outcome for users would be for the companies to claim they’d been spoofed.

“After all, if it’s so easy to spoof an IP-address, then accused file-sharers can use this same defense against copyright holders,” he wrote. “Checkmate?”