Along with Christian Hernandez, 18, and Bryan Yanes, 19, Byndloss is accused of participating in group sex with the three girls and taking turns filming it on their cellphones. They’ve been charged with three counts of lewd and lascivious battery on a minor and promoting sexual performance of a child.

Byndloss has an active social media presence, running an (obviously NSFW) foot-fetish blog on Tumblr and camming with her followers in exchange for donations on Skype. “Hi im bianca, im 19 years old from miami i have a foot fetish just like you!” she writes in her Tumblr bio. “I love to show off my sz 5 feet and paint them colors you love!” 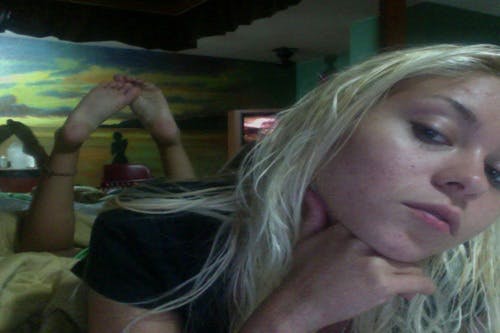