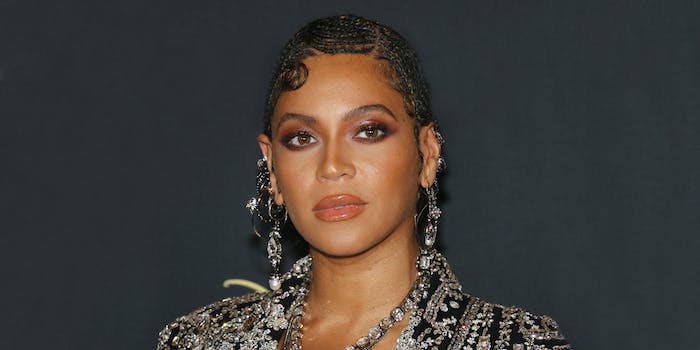 People are breaking out the memes for Beyoncé’s new song

'Is she telling us to quit our jobs?'

On Monday night, Beyoncé released the lyric video for “Break My Soul,” the first song from her upcoming album Renaissance. Featuring a rap from Big Freedia and samples of Robin S’ “Show Me Love” that plays throughout and Big Freedia’s “Explode,” “Break My Soul” is very much a callback to house music. But it’s also Beyoncé’s first song from a solo album since 2016’s Lemonade, so the imminent arrival of new Beyoncé music has been the cause of celebration by fans—not to mention a plethora of memes.

If you haven’t had a chance to listen to the song yet, take a few minutes to do just that.

Upon hearing the song, it does tap into a bit of what British Vogue editor-in-chief Edward Enninful wrote about his experience of hearing Renaissance for the first time.

“Instantly, a wall of sound hits me,” he wrote. “Soaring vocals and fierce beats combine and in a split second I’m transported back to the clubs of my youth. I want to get up and start throwing moves. It’s music I love to my core. Music that makes you rise, that turns your mind to cultures and subcultures, to our people past and present, music that will unite so many on the dance floor, music that touches your soul. As ever with Beyoncé, it is all about the intent. I sit back, after the wave, absorbing it all.”

For some people, the throwback elements of the song resonated hard.

Thanks in part to the vast presence of “Show Me Love”—already a song practically guaranteed to get people on the dance floor, or, at the very least, start dancing—“Break My Soul” is having a similar effect.

​​But perhaps one of the more amusing memes from the song came from Big Freedia, whose sample from “Explode” looped into “Break My Soul” three separate times as she says, “Release ya anger, release ya mind / Release ya job, release the time / Release ya trade, release the stress / Release the love, forget the rest.”

Whether viewing the lyrics on their own or within the context of the rest of the song, it soon became a common refrain that it seemed like Beyoncé and Big Freedia were telling people to quit their jobs or go on strike and stand up against the big man. But others pointed out the irony of Beyoncé appearing to tell people to quit their jobs: How else would they be able to pay for the mystery boxes unveiled last week or to buy tickets for when her Renaissance tour is eventually announced?

But “Break My Soul” also drew comparisons between Beyoncé’s new song and Drake’s Honestly, Nevermind, the latter of which was released on Friday, mainly because they’re both tapping into similar subgenres that were popular in an earlier music era. For some, it was no contest who did it better.

Renaissance will be released on July 29.