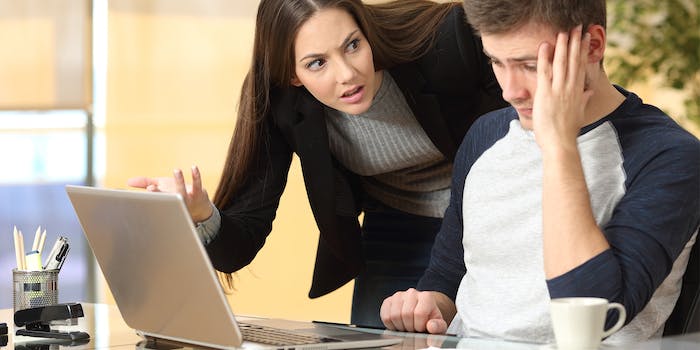 The best times people owned themselves on Twitter in 2016

A recent history of people trying to insult others and falling flat on their faces.

One of the best and worst (usually worst!) things about Twitter is that it allows people to attempt to insult one another in real time—to land biting “owns” on those with whom they disagree.

But sometimes (often!) a bad tweet boomerangs around and hits its author in the face. The would-be owner becomes the owned. It’s a great source of schadenfreude, and it totally rules.

Congratulations, you played yourself.

It would be impossible to document all the numerous self-owns in Twitter’s 10-year history, but what we can do is point out some egregious recent instances of the phenomenon. Here, in no particular order, are the best times people owned themselves hard on Twitter in 2016:

This is a perfect example of a misogynistic attempt at a putdown that entirely backfired on the guy who posted it. Criticizing women for taking selfies is tired and simplistic, “mental stroke” is not a thing, and now women are making fun of you on the internet. Great job all around.

lmao this might be the biggest self own ever on this web site now. congrats to mark pic.twitter.com/tT8NKqXDbQ

Mark Dice, “Media analyst, 150 million+ YouTube views, Christian, Conservative,” is not exactly known for having racially progressive views on the Twitter dot com website. His account is indistinguishable from a parody of itself. But of all the ways he’s made himself look bad, trying to report a rap song to the police, getting hung up on, and then bragging about it on Twitter is definitely the funniest.

what determines the winner of said contest? Cletus u got contest rules?

In this delightful exchange, the creator of the shitposting bot AssBott gets into it with a Trump supporter who believes that “political correctness kills.” P.C. Kills attempts to own Nasboat by accusing him of being a prolific masturbator, but ends up owning himself. See if you can spot the critical error, which is the entire thread.

The “southern gamer” Frozensword14 despises “Social Justice Warriors” and loves incendiary GamerGate figurehead and former Twitter user Milo Yiannopoulos. To prove that he is right and brave and his opponents are wrong and cowardly, he decided to eat a cricket for every “SJW” who has ever challenged him on Twitter without using their own face as an avatar.

Imagine thinking you can humiliate someone called “Piss Pig Granddad” by eating a bug on YouTube. Imagine gloating over the 400 views you’ll get by doing so. Many have owned themselves bigly, but this might be the biggest self-own of all. It’s so severe that we can’t really rule out the possibility that Frozensword is an elaborate parody—a parody who owns dozens of Wii games and a framed photo of Milo, and has posted at least 12 video updates on Milo’s exploits.

Roger Stone, a Republican strategist, Clinton conspiracy theorist, former Trump advisor and fan of calling people “bitch” and “stupid Negro,” is proud to be part of Trump’s “basket of deplorables.” You may remember that Hillary Clinton used the basket to describe not every Trump voter, but the racist, white supremacist, alt-rightists among them.

This guy tried to add me to a list but owned himself instead, lol pic.twitter.com/SMUEsWf5yY

Adding someone to a list of “idiots” or “losers” is a childish way of insulting them, but the Twitter application technically allows it, so people are going to do it anyway. And sometimes, they’ll even misspell the slur they were trying to use.

John… we were just trying to help pic.twitter.com/OZ5jyCdUnu

So much of this self-ownage could have been avoided had the posters stopped to consider what they had written, or what disgusting thing they were  about to eat on camera, before they went through with it. Or if they had followed the only rule guaranteed to prevent you from looking like an ass on Twitter: Never tweet.