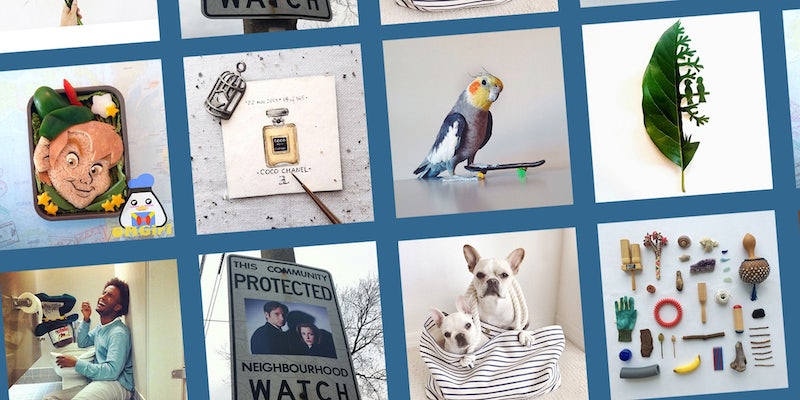 You might not have heard of them today, but you'll be talking about them in the upcoming year.

2014 was the year of Frozen and endless parodies of Taylor Swift’s “Shake It Off.” While we were watching those YouTube viral videos, the Instagram community was thriving under the radar, posting just-as-good content on the social media platform, but it never went as viral. A few people and dogs found success, but most did not.

Heading into 2015, we picked out the best Instagram accounts you probably haven’t heard of, but will definitely be talking about in the upcoming year.

Piggy and Polly are two absolutely adorable French bulldog sisters that have taken Instagram by storm. Occasionally they pose for pictures, but that’s harder than it looks. Usually the bulldogs are just acting cute.

Following the footsteps of Lorraine Loots’s “Postcards for Ants,” artist Elena Limkina began her own project by painting mini-watercolors for the next 365 days. Her paintings are so small and intricate that the point of a pencil looks huge next to one of her works.

A fanatic for bento boxes, Omgiri creates delicious-looking Disney-themed bento boxes that are almost too good to eat. In this case, playing with your food is an OK thing to do, especially if you can take some rice and a few vegetables and turn it into an animated character.