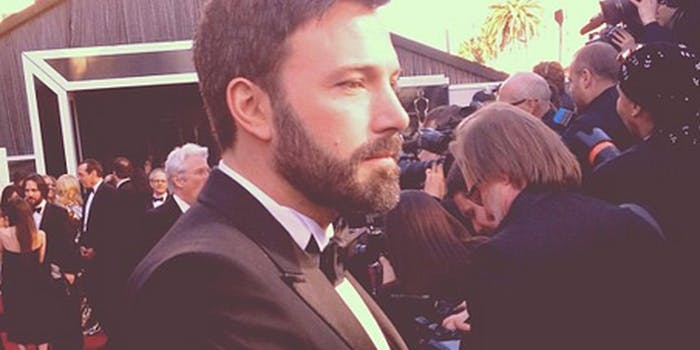 The Argo director has posted only five tinted photos to date.

Aspiring Doctors Without Borders member Ben Affleck had himself a nice little Sunday.

First, he woke up next to Jennifer Garner, then he donned his snazziest Gucci suit so for the Academy Awards, then he capped it all off by joining Instagram. Snapping under his name, the Argo director has collected 7,000 followers since his Inkwell-filtered debut. 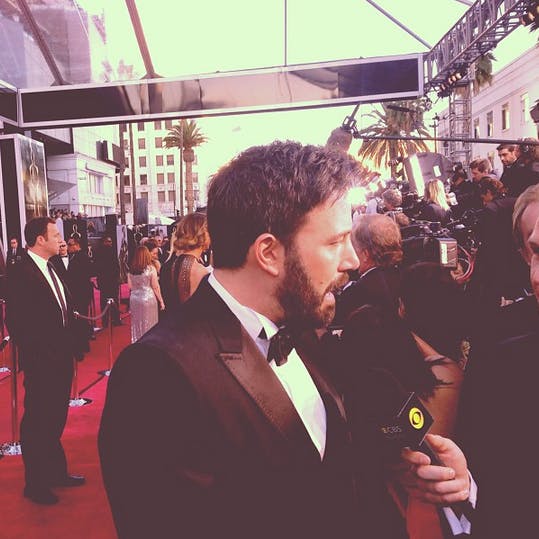 Most of the five pictures appear to be taken from his invisible third arm, since it’s just photos of his side profile. We’re guessing he had some assistant take the pictures while he channeled his creative intensity into picking a filter.

Affleck confirmed the account in a picture thanking the Academy Awards for his win. He also seems well-versed in hashtags, tagging the picture “#Oscars” and “#Argo.” 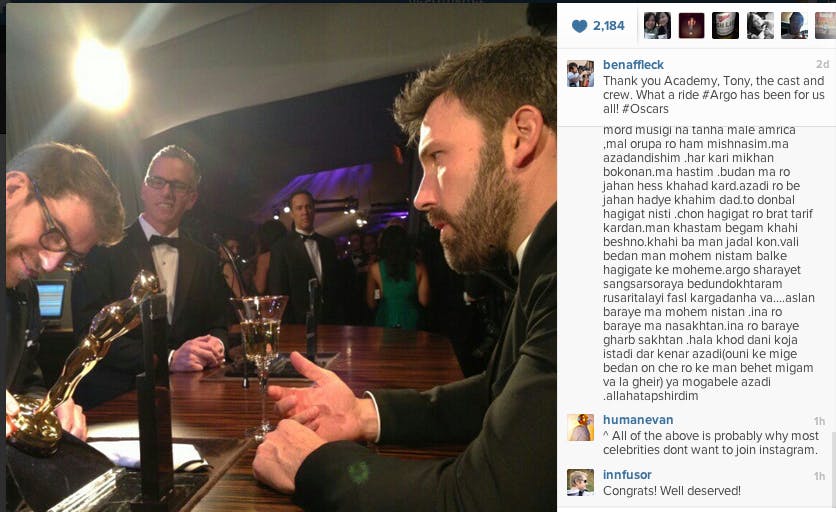 See ya at the Beverly Hills Instagram Meetup, Ben!