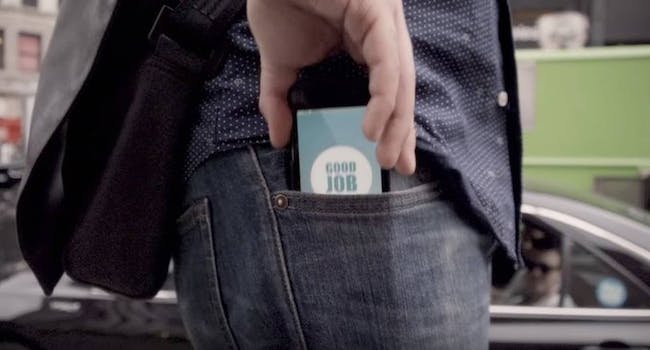 Beeps is a smartphone app that has one function: It beeps and tells you “good job.” It’s not real, but it should be, because you would use it.

On the surface, this UCB sketch is about a useless app—the beeps aren’t tied to anything in your real life! They’re random, and they provide no pertinent information!—but on a deeper level, it’s about our thirst for validation from our buzzing, beeping smartphones.

What’s an Instagram “like” or a Twitter fave if not a tiny beep that tells you “good job?” Sure, those self-esteem boosts are tied to something you actually did, but the connection is a loose one because of how easy it is to game the system. Would you take that photo or write that status update if you didn’t get the “beep—good job!” in return? Maybe not!

And if not, why do the work? It’s much better to have an app that provides the same feedback at random, unpredictable intervals, with no work on your part. It’s like waterboarding yourself with positivity! And people would pay for it, too, because that’s how addicted we are to approval.

The writers of this sketch should probably quit comedy and go into app development. They’d make a damn mint.