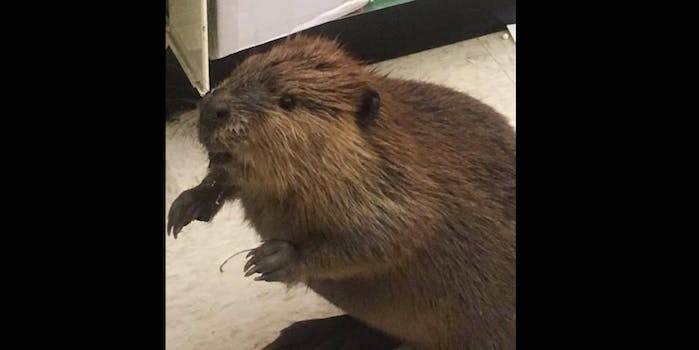 The 'suspect attempted to flee the area.'

A beaver in Maryland apparently tried to get into the Christmas spirit at a dollar store in Charlotte Hall. But after discovering the store only offered artificial trees, it made like a crazed Black Friday shopper and trashed the place. 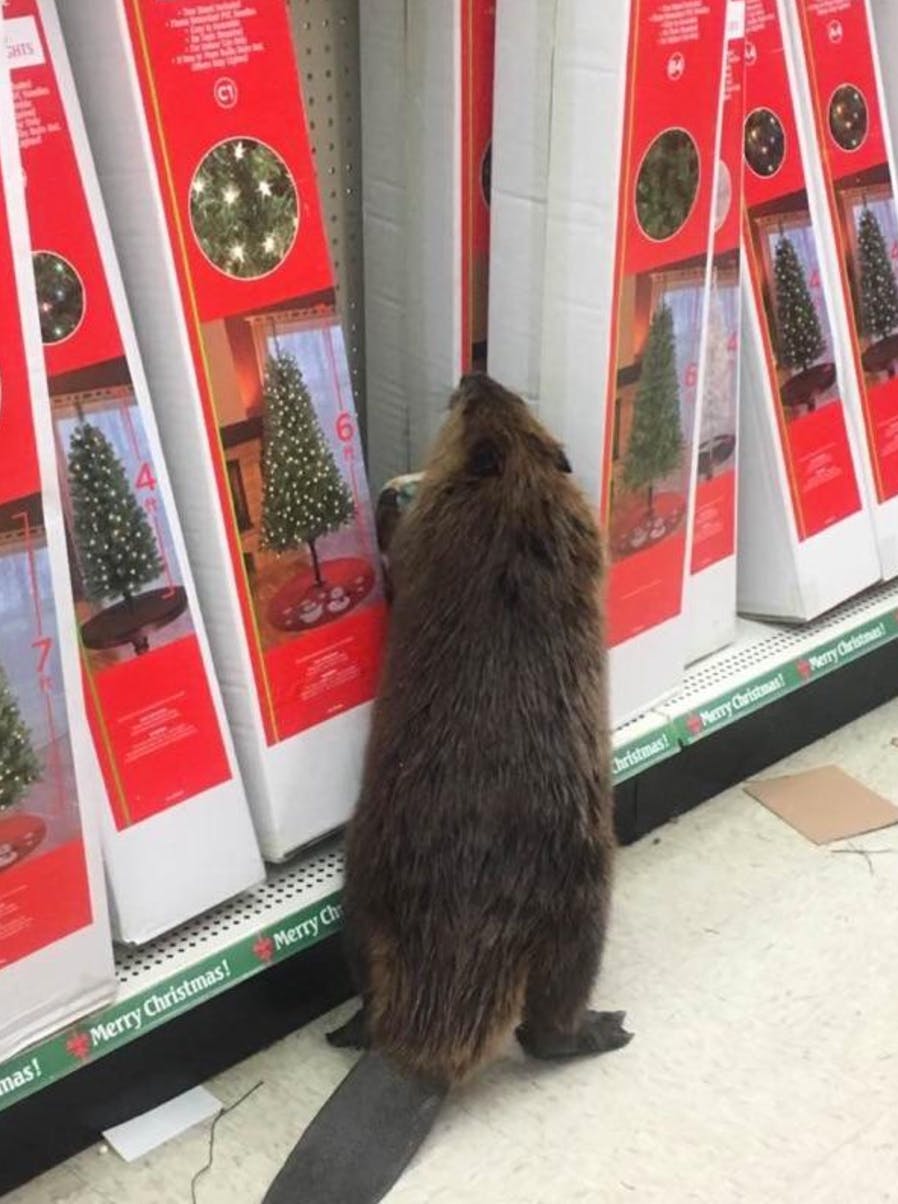 The St. Mary’s County Sheriff’s Office joked that the “suspect attempted to flee the area,” but it was safely rescued by animal control.

The office tweeted that the beaver was released to wildlife rehabilitation, and it included an adorable GIF for proof.

The beaver tweet may go viral! All joking aside, the beaver was safely rescued by animal control & was released to a wildlife rehabilitator. pic.twitter.com/0VyLXJPjxh

Cpl. Yingling had a unique call for service when the suspect, pictured, was witnessed causing prop. Destruction at a store in Char. Hall. pic.twitter.com/6qKlu7tqA7

The beaver is quickly become an internet hero of sorts, and it’s easy to see why: This is beaver is all of us, hoping our endless consumerism can somehow mask the shallowness and bleak despair of our existence. We’ve all been let down by the promise of Christmas at some point, and there’s no way to put a fancy bow on the dumpster fire that has been 2016.

Is it too much to ask that we can at least enjoy the smell of a real Douglas fir?