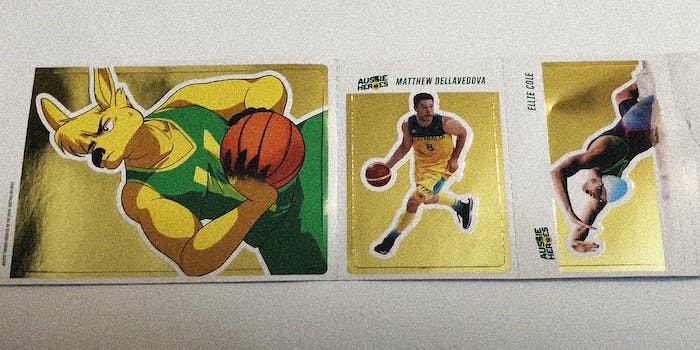 The Australian government accidentally commissioned furry art for the Olympics

The 'Aussie Heroes' campaign involves a series of Olympics-themed fursonas.

“Hey fellow aussies, the fursonas I was commissioned to draw by the government are now on sale in booklet form for $3 at woolies.” Can you imagine a better introduction to Australia’s Olympic campaign than this?

Australia’s Olympic fursonas are, very predictably, taking the internet by storm this week. Launched as a tie-in with the supermarket chain Woolworths, the “Aussie Heroes” campaign celebrates Australian Olympic athletes and a variety of popular sports. It’s a relatively minor element of the country’s Olympic publicity, but it grabbed people’s attention because the cartoon mascots bear an unmistakable resemblance to furry art, combining humanoid bodies with cartoon animal characteristics.

Speaking to the Daily Dot in Twitter DMs, artist Landeg explained that they heard through a friend that the Royal Australian Mint was looking for an artist, and sent over a portfolio of their work. The Mint liked what they saw.

“They had a pool of references to illustrate the kind of art they were after, some of which was probably created by furry artists,” said Landeg. “The end product was tailored to their specifications. The teams involved just didn’t know that there was a term for this type of art, or that there was a subculture surrounding it.” The end result is a series of sporty characters that look fun, upbeat, kid-friendly… and definitely qualify as fursonas.

As Landeg points out, “furry” is in the eye of the beholder. “Pretty much any animal character with humanoid traits is going to get called “furry” by someone. A lot of cereal mascots probably count as “furry art”. So you have to ask if they were really commissioning furry art, or if that’s a label a bunch of people have decided to stick it with, and what that maybe says about them.”

Landeg simply took on a professional commission and executed it to the client’s specifications. They don’t usually specialize in furry art (in fact, they landed this gig with a portfolio of human illustrations), which made the job “more daunting.” But they were happy to receive positive feedback from furry fans once the Aussie Heroes campaign went public. “For the most part, it’s been really supportive, which is great. I’ve heard all the jokes I was expecting. I wasn’t surprised that furries enjoyed the characters, but I was surprised by the sheer volume of the response.”

This story has been corrected.