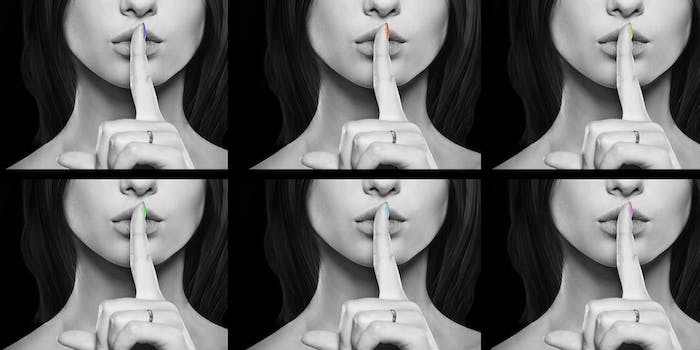 No, those lusty Brazilian housewives aren't really that interested in you.

A woman formerly employed by Ashley Madison, a dating site for spouses looking to cheat, is suing the company for allegedly having her write about 1,000 fake profiles of sexy women. All this typing injured her wrists.

Doriana Silva, a Brazilian immigrant to Canada, is seeking $19.09 million. She was hired in March 2011 to help with Ashley Madison’s then-new Brazilian site. The online dating service paid her a reported salary of $34,000 ($32,450) to do a host of activities related to command of Portuguese, she said, including a three-week stint furiously typing out what Silva’s lawyer has called “phony profiles of alluring females.”

She has claimed in her suit that she didn’t realize she was creating what is tantamount to fraud, and would have quit her job had she realized it’s not standard practice for a for-pay dating site to be riddled with made-up hotties.

By July, Silva found the pain in her wrists too much to bear, and ceased working. Her suit claims she was ineligible for workers’ compensation and the company didn’t agree to put her on medical leave.

Ashley Madison didn’t immediately respond to the Daily Dot’s request for comment on whether it uses fake profiles. Update: It did, however, send Business Insider photos allegedly depicting Silva riding a jet ski, along with this note:

Ms. Silva’s allegations are without merit, and we consider this to be a frivolous claim brought by an opportunistic Plaintiff. Ms. Silva did indeed work with us for 90 days +1, after being placed via co-defendant The Career Foundation (www.careerfoundation.com), and then let us know that she could not continue, due to discomfort in her wrist, the day after her probationary period was complete.

Throughout this lawsuit, Ms. Silva has continued to lead an active life and has shown no side effects from her so called injury, as evidenced by her photo postings, depicting multiple vacations around the world, on social media sites. In fact, in several postings Ms. Silva can be seen clearly enjoying herself on a jet ski – an unlikely activity for someone who has allegedly suffered serious injury.