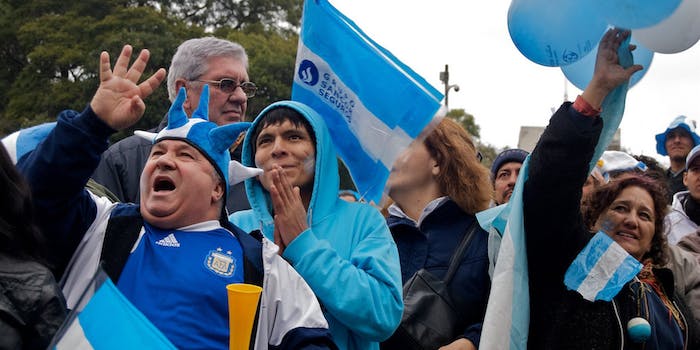 Forget snakes on a plane; these Argentinian fans are way crazier.

For Argentinian soccer fans, hell is being thousands of feet in the air during the tense final moments of the game that decides if your country advances to the finals of the World Cup.

According to the video description, the passengers of the flight from Neuquén, Argentina, anxiously watched as much as they could of Wednesday’s semifinal game against the Netherlands before their flight. When the game went to extra time just as they had to board, fans frantically began checking their phones from their seats, but the flight took off just as penalty kicks began.

Relief finally came at 12,000 feet in the air, when the captain came on to announce that Argentina has bested the Netherlands and would have a chance at bringing home the World Cup.

With the celebration and cheers that ensued, we’re surprised fans didn’t need oxygen from overhead masks to calm down.