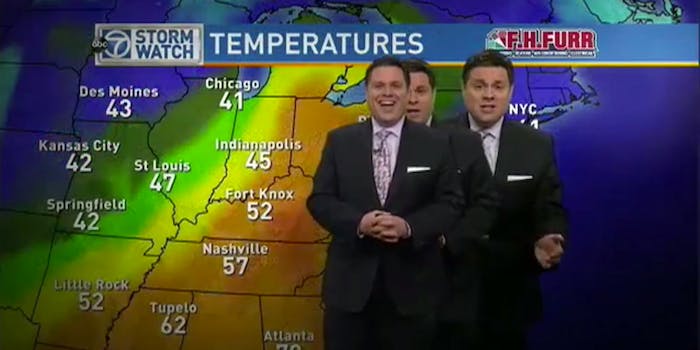 From knee-slappingly funny to downright cringeworthy.

There’s nothing like coming home after a long day of work, popping some dinner into the oven, and turning on the local news to hear about the latest happenings in your neighborhood. But it’s even better when loyal viewers are treated to television journalists’ minor mishaps.

In the latest hilarious video from YouTube channel NewsBeFunny, which compiles monthly roundups of the funniest local news bloopers, we get to watch green-screen glitches, cringeworthy side comments, suggestive hand motions and much, much more.

What’s going on in the world right now may not be the happiest news, but at least we have uh-ohs like these to lighten the mood.