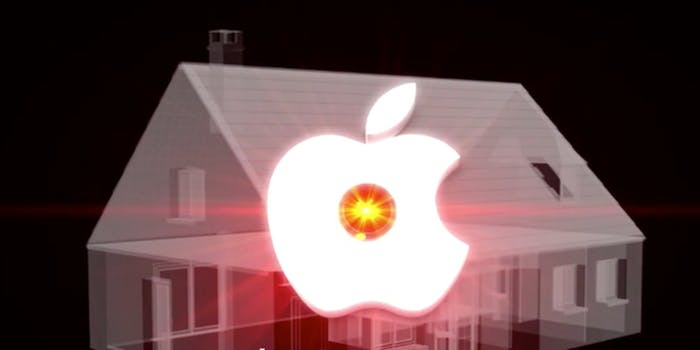 Here’s a terrifying look at the new Apple SmartHome

Domestic life will never be the same.

There was a lot of big Apple news today: a new iMessage feature that could compete with Snapchat, the unveiling of iOS 8, a redesigned desktop operating system. Largely missing from the media lather was the news of Apple’s new SmartHome.

Funny or Die has footage of its debut, and the future of domestic life will never be same. Tech companies have already been eyeing the home: Nest hopes to control your smoke detector and thermostat, but why stop there?

The SmartHome gives you “complete control” over your home, and Apple programmed it to be “fully sentient.” In addition, the home can feel pain, but not pleasure, and it’s been programmed with knowledge of all history’s worst atrocities, just to keep it on its toes.

If all goes as planned, you will definitely not want to see inside your home’s dishwasher. You will only see darkness.