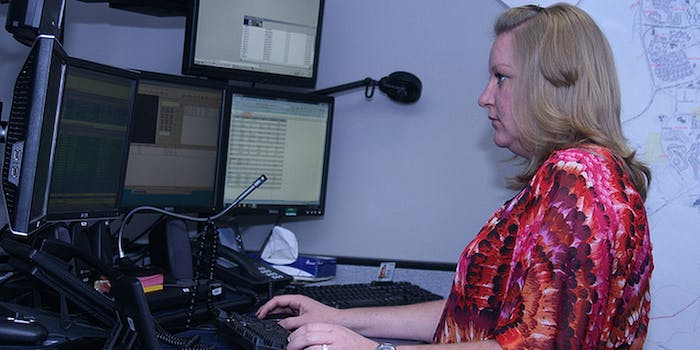 As a nation, we must learn that shouting 'DEEZ NUTS' can have consequences.

As long as 911 exists, kids will prank call it. Sometimes they do so without consequences. And sometimes a sixth-grader who dials 911 in order to yell “DEEZ NUTS“—the most popular and universal Internet punchline of the moment—is busted by his parents, who make him write an awesome letter of apology to the dispatcher who had to listen to him.

As published on the Savannah Chatham Metropolitan Police Department website, here is that magnificent piece of correspondence: 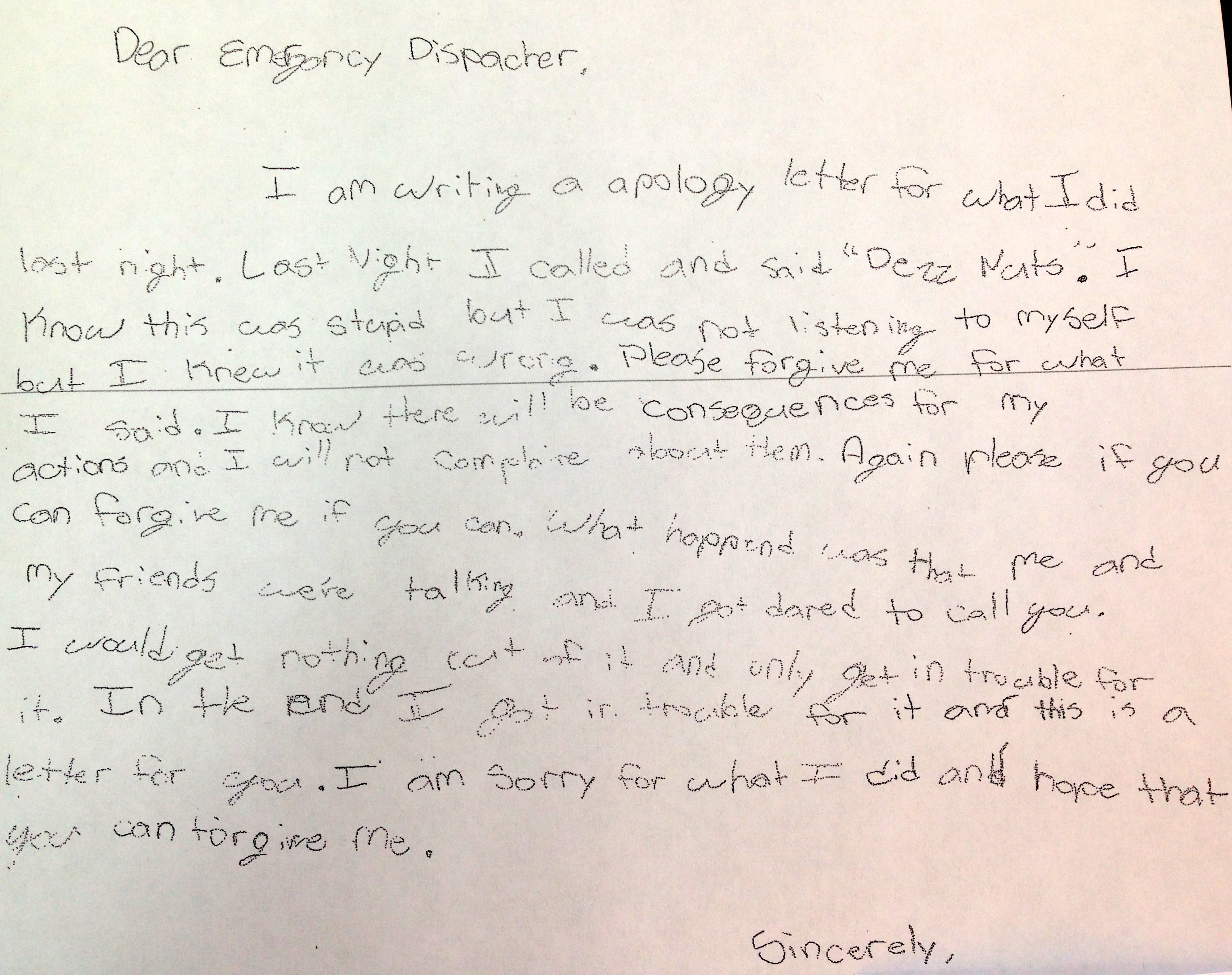 We imagine the young tike meant to write Deez Nuts instead of Dezz Nuts, unless there’s new slang that we’re supposed to use that refers specifically to a star Dallas Cowboys wide receiver.

The 911 staff was impressed enough to accept his apology and to take him and his parents on a tour of the facility to turn the trip into a positive experience. His parents still have him on ‘lockdown’ for the prank. … The visit gave 911 staff the opportunity to show them how they work, how prank calls interrupt that work, and how it puts the general public at risk by taking both dispatchers and first responders away from legitimate situations.

Though it sucks to be grounded, hopefully this kid learned a little something about taking responsibility, resisting peer pressure, and making sure that, as he grows into the kind of person his parents are proud to have raised, he continues to understand that accepting dares is akin …

Wait a minute. Are we completely sure he wasn’t put up to this New England Patriots tight end Rob Gronkowski ?

Photo via Fort Carson/Flickr (CC by 2.0)