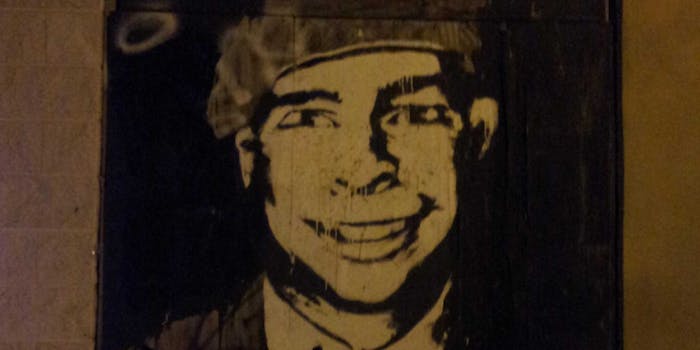 "This is a continuation of our protest against RT.com for their support of the traitor Brad Manning and cyber terrorist Julian Assange."

A hacker group known as Antileaks claimed credit for disabling the site, and said the attack was retaliation for RT’s coverage of the Bradley Manning trial.

Manning, the former Army intelligence analyst on trial for allegedly passing classified data to Wikileaks, is a hero to much of the Internet, especially hacker groups like Anonymous and outlets critical of the U.S. like RT. But Manning’s actions certainly outraged Antileaks, a little-known group that quotes George W. Bush, has called Wikileaks founder Julian Assange “a new breed of terrorist,” and has claimed responsibility for previous attacks on RT.

RT heavily covered Manning’s trial, which began Monday. It announced it had been hit by a huge Denial of Service (DDoS) attack early Monday evening.

BREAKING: RT.com is under DDoS attack. Trying to bring it back online. Stay tuned for updates

MORE: All members of RT family, including actualidad.rt.com, arabic.rt.com and russian.rt.com are under DDoS attack

But Antileaks claimed it had actually caused RT to go down hours earlier.

@rt_com We’ve held your website down since approximately 9:45 am PST. How is this breaking news? #AntiLeaks

In an email to the Daily Dot, a representative for Antileaks said it was an explicit attack on RT, Manning, and Wikileaks.

“We are behind the current DDoS attack on RT.com and their sister websites. This is a continuation of our protest against RT.com for their support of the traitor Brad Manning and cyber terrorist Julian Assange who need I remind your viewers once threatened to release a  “thermonuclear device” of government files containing the names of spies, sources and informants if he’s killed or brought to trial. Brad and Julian are cowards and the latter will be brought to justice in time. Julian you will see your final days here in America. Patience. We will see you soon.”

RT told the Daily Dot on Tuesday that it was brought back online again thanks to the Kaspersky Lab the Russian cybersecurity and online attack watchdog company. As of Tuesday morning, the DDoS had ceased.

“Thanks to the prompt response by the Kaspersky Lab, the RT website was brought back online,” RT emailed to the Daily Dot, a statement attributed to Kirill Karnovich-Valua, RT’s Head of Online Projects. “The site was operating in a regular mode and was once again accessible to visitors even though this strong attack was still going on.”