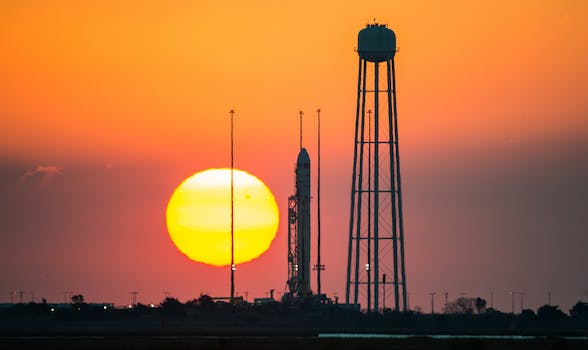 Why you shouldn’t lose faith in space after Antares

A single exploding rocket is a drop in the bucket against a long list of successes.

The human obsession with space has been enduring throughout the centuries and every time we suffer a tragedy, from a shuttle disaster to an exploding rocket, we’re riveted; it serves, perhaps, as a reminder of our fragility in the larger framework of space research and exploration. That was brought home this week when the uncrewed Antares rocket, destined for the ISS, exploded on the launchpad Tuesday. Almost immediately, Twitter exploded with a shockwave even larger than the rocket’s.

So did Orbital Science’s stock; shares had closed slightly up on Tuesday prior to the launch, only to drop precipitously in after-hours trading as news of the explosion broke. Investors, like the Internet, appeared to be having second thoughts about space exploration.

But we shouldn’t be. If anything, Antares should serve as a galvanizing reminder that while accidents happen, it’s necessary to dust ourselves off and keep going; that’s what NASA’s doing, as it prepares for another launch to resupply the ISS.

In this case, we need to clean the launchpad, figure out what happened, and prevent it from happening again. Astrophysics is complex. In science, you learn through testing and experimentation, and sometimes that means making costly mistakes despite meticulous planning and all your best efforts. Dropping out because of a failed launch, though, isn’t how science works.

This isn’t to say that the loss wasn’t significant. Nearly 5,000 pounds of materials were lost on Antares, including food, spacewalk equipment, and research projects from children.

Some of the experiments on Cygnus were apparently from schoolkids. Maybe small in the grand scheme but that makes me really sad #Antares

The reactions from laypeople to the explosion were primarily expressions of shock, surprise, smugness, and sadness (with a few jokes), but the scientific community made some important points: launches of such scale take place smoothly on a regular basis without remark, science is an ever-evolving field, and the progress of astrophysics research is always evolving. The explosion of Antares, with no one injured, was a blip on the radar, not even a hiccup in our quest to explore the final frontier; instead, while a setback, it actually provided valuable lessons for future missions, including manned spaceflight.

Sad loss today, but space folks know how challenging this is & want to be a part of it b/c it’s amazing when it works. #antares #bestwishes

We’ll be able to recover the science lost in this flight. #Antares

Spaceflight is not easy. My heart goes out to the Orbital team. @OrbitalSciences will return to flight with #Antares and #Cygnus #ibelieve

You know what I wish? That there was this much media attention when rocket launches SUCCEED. #NASA #Antaresrocket

Rockets launch, and some fail. Sometimes those failures can be traced to specific problems with mechanical components , sometimes it’s the result of bad engineering, and sometimes it’s just a freak event, with no clear or rational explanation. What matters is whether we pick ourselves back up again after a launch failure, and how long it takes to start attempting to cast blame; whether proposals to defund the already-struggling NASA after Antares will come flooding in remains to be seen, but the event will be viewed as further evidence that our desire to explore space is one of absurd and expensive hubris.

Exploring space may not necessarily provide an intrinsic and immediate value to humanity, but pure science has its own merits; even the right agrees that government funding of pure science has social benefits. Thinking of space primarily as something to be colonized or conquered isn’t the right angle to take when examining the Antares disaster and the handful of other incidents (when compared to the overall success rate) that have occurred along NASA’s long and storied history. Space is something to be explored, and we cannot explore it without building the technology to do so. Inevitably, mistakes will be made along the way, and lessons will be learned from them.

We won’t find out precisely what happened with Antares for some time, as the incident will require a thorough investigation. In keeping with NASA’s typical transparency, the results will likely be published in technical journals but also released to the public, for those who are interested; and, of course, they’ll be digested by news outlets interested in picking up the tail end of the story after the initial flare of interest over the explosion has largely disappeared.

The knowledge of what went wrong during the launch and how that will help engineers improve future launches; just as the Columbia tragedy provided important lessons about the thermal tiles on the Space Shuttle, while Challenger offered an opportunity to better understand the effects of ambient temperature at launch. Both disasters caused a horrendous loss of human life and billions of dollars in NASA resources, but the lessons learned ensured that those accidents would never be repeated.

That accidents of this nature don’t happen more often is a testimony to the skills of astrophysicists and engineers. There’s a reason “it’s not rocket science” is a common slang term: rocket science, to understate it, is hard. Equipment like Antares, like the Space Shuttle, like the myriad of other equipment launched into space, requires vast teams of people with a huge assortment of skillsets, representing years and sometimes centuries of combined experience in engineering, spaceflight, payloads, and more. Yet, their accomplishments primarily go unheralded; a successful launch might get a back page mention, and it certainly won’t be splashed over the headlines the next morning.

We expect launches to be successful, and the reason for that is that, by and large, they are. In nearly 30 years of operation, the Space Shuttle program experienced only two losses. During that same period, the program flew 135 missions. We’re shocked when something goes boom, and somehow, those failed launches or landings become the focus of our views on space exploration and the space program. Yet, even adolescents seem to know that sometimes things go wrong, and when they do, you try again.

Maybe prioritizing human exploration of Mars and the moon is pointless, and a major waste of funds, but that doesn’t mean the space program as a whole should be shut down. There’s something captivating and wonderful about space, or we wouldn’t have spent centuries looking at the stars and longing to be among them, or decades making it happen through painful trial and error. The space race might have been part of the overall battle of the titans between the U.S. and the U.S.S.R., but it was more than that; it was a quest for a goal that had eluded us forever.

And maybe there’s nothing obviously beneficial about the Space Station, but that doesn’t mean it shouldn’t be there; after all, if it hadn’t, we never would have heard Commander Chris Hadfield perform “Space Oddity” from space, in what may have been one of the most meta moments humanity has ever experienced.

And maybe those of us who wanted to be astronauts, and the incredibly small number of us who actually became astronauts, are just impractical dreamers; but I’m perfectly happy not being the only one.