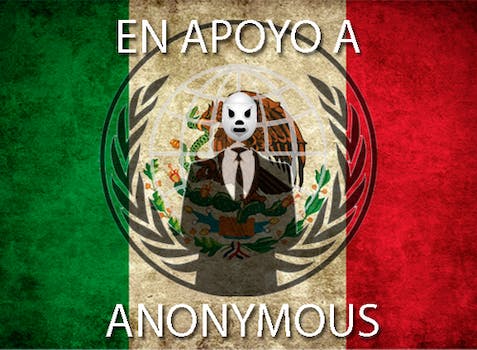 To coincide with the pope's tour of Mexico, Anonymous launched a new attack called #OpFariseo.

“It’s sad to see the Mexican political party using the Catholic Church to benefit themselves and not the people.”

That’s the allegation at the core of Anonymous’ latest action: #OpFariseo, which is a combined attack on the pope and the government of Mexico, as well as Catholic websites throughout Latin America. The quote comes from this video, posted on YouTube Feb. 29.

Pope Benedict XVI’s tour of Mexico began on Friday morning, and Anonymous has been busy connecting dots and arranging a coordinated attack across Latin America. Actions ranged from Peru and Argentina to Mexico.

The pope’s own site for the visit, http://www.benedictomexico.mx/, was briefly offline Thursday night, the apparent target of a DDOS attack. Other targets included the Archdiocese of Monterrey, which was hacked by a group claiming allegiance with AntiSec, and several Guanajuato government and tourism websites. Guanajuato is over 93 percent Catholic and a center of papal support. A spokesperson for the tour confirmed that the outage has hurt the logistics of the tour but gave no specifics.

The pope has declined to visit Mexico City this tour, where gay marriage and abortion are legal, claiming his health will not allow it. He was called out on the matter on Twitter.

But why go after the pope, and why now?

The pope is looking particularly vulnerable recently, given the recent closure of a Vatican account at JP Morgan under a cloud of suspicion, and the kicked-upstairs promotion of the Vatican’s chief investigator into financial irregularities. Anonymous (in this case from Brazil) also reminded the world of the pedophile scandals, which have cost the church millions in the last decade, as well as untold respect.

There are currently a dozen OpFariseo videos on YouTube, each asserting the same basic points, outlined as follows:

The full Spanish text of the announcement is on PasteHTML.

The pope’s tour of Mexico and Cuba continues until March 28.

While Cuba, is not known for widespread Internet access, one thing is certain: The country should expect trouble from Anonymous.