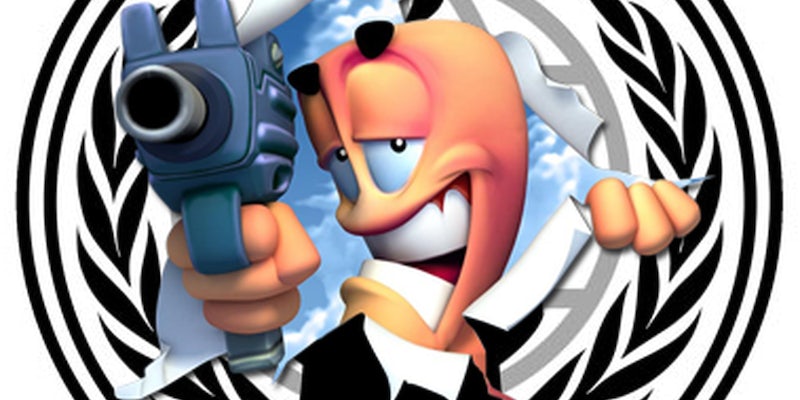 Alleged hacker Higinio O. Ochoa III was traced by the FBI in part by a revealing photo posted on Twitter.

Are you aware your cellphone photos carry GPS data that can be accessed by law enforcement?

One member of the hacktivist collective Anonymous, known as w0rmer, clearly didn’t and is now facing trial because of it.

Specifically, w0rmer was identified in part by a cleavage-baring photo he reportedly posted on Twitter (@AnonW0rmer). The photo was of his alleged Australian girlfriend wearing a sign that taunted law enforcement: ”PwNd by w0rmer & CabinCr3w <3 u BiTch’s.”

Law enforcement officials were able to determine the picture was taken by an iPhone, as well as the exact address of where the photo was taken, which happened to be a house in Australia. Authorities found multiple references connecting w0rmer to the name Higinio O. Ochoa III and put his apartment under surveillance.

According to Australian newspaper The Age, Ochoa III, who actually resides in Texas, “has been charged by the FBI with hacking into the websites of at least four U.S. law enforcement websites and releasing the home addresses, home telephone numbers, and mobile phone numbers of dozens of police officers.”

The Register reported that Ochoa was scheduled to appear in court in Austin, Texas on April 10. The Daily Dot is looking into the matter.