Jars of food, nature, and sex.

While those three things might sound like the start of a bad pornography, they’re actually the main inspirations behind much of Angela Dalinger’s art—unadulterated illustrations that make no excuse for the human condition. 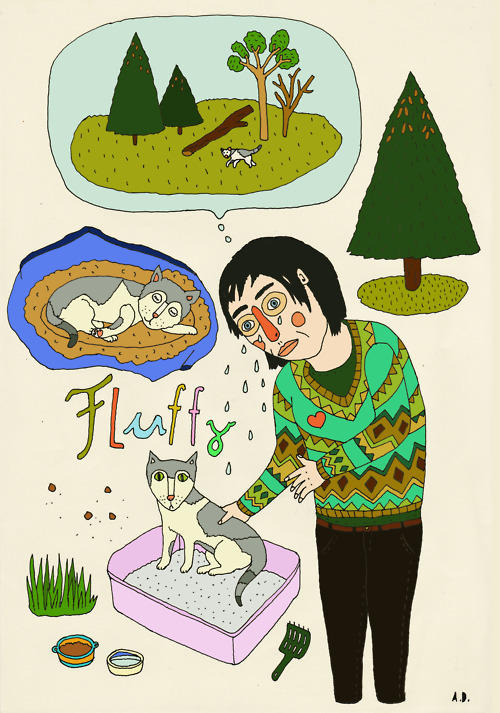 Pioneered by French artist Jean Dubuffet in 1948, the art brut movement included works in “their ‘raw’ state, uncooked by cultural and artistic influences,” according to Raw Vision, an international art magazine. Dalinger’s work typifies the movement, using simple brush strokes to paint people doing ordinary things like sitting in a kitchen, swimming, or embracing in the nude. The stark illustrations have had an affect on Dalinger’s Tumblr followers as well.

“I’m not really sure what it is about your illustrations, but they remind me very much of something from my childhood,” commented one anonymous Tumblr user. 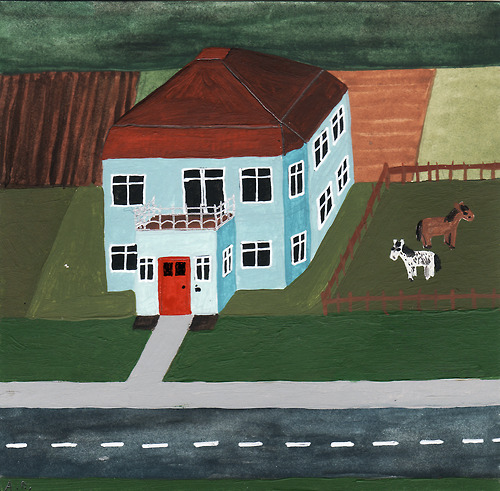 Dalinger lives in a small village outside of Hamburg, Germany. Her mother is a painter and sculptor who allowed Dalinger to explore art at a young age. She didn’t have many friends growing up, and the ones she did have couldn’t understand why she spent so much time alone enjoying art, music, and literature.

“I was working a lot on my skills and I did tons of drawing and paintings, and I only liked a few of them,” Dalinger said. “It’s my sick way to deal with my self-criticism. I just try to do another one and make it better.”

And her repetition paid off. 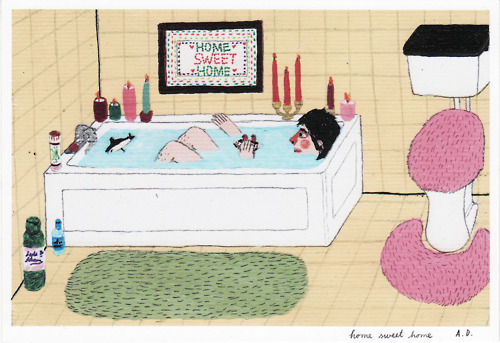 A few months ago, Dalinger was selected via Facebook to be included in “Artsfactory / Galerie Nomade,” a contemporary art exhibit opening this winter in Paris. She plans on including 20 to 30 different pieces.

In the meantime, Dalinger is working on a eight-page comic on heavy metal music, collaborating with other artists, and painting. And when she’s not taking care of four newborn kittens, she’s on Tumblr, her favorite Web community.

“Although I’m not part of this hipster community, there are also so many nice and good artist and people who like and support art, which makes Tumblr to a great platform for an illustrator,” she said. “I really think everyone can be an Illustrator, if they want to be.”

All illustrations and Daily Dot doodle by Angela Dalinger