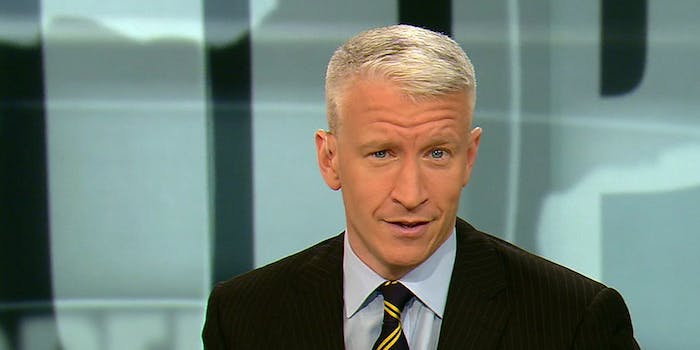 Anderson Cooper got duped by a ClickHole joke

CNN could use a few more fact-checkers.

Sure, a common lout like Russell Crowe might be duped into thinking that the Onion-owned viral media satire site ClickHole is a genuine news outlet. But surely the same wouldn’t happen to a Yale-educated CNN anchor!

Ummm… @Clickhole, do u make this stuff up? I never said this quote and never spoke to the NYU class of 2015. https://t.co/oRSDgpQXxx

Ummm… Anderson Cooper, are you really this fuzzy about the details of your own life? Did you worry that you’d given a graduation speech on Ambien or something? Of course they make this stuff up!

To the journalist’s credit, he owned up to the goof—unlike Crowe, who quickly tried to delete the evidence of his naïvité.

Probably should have looked at what @Clickhole is. Wah, wah.