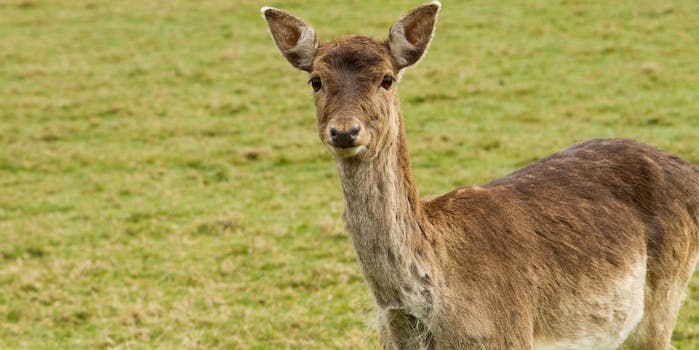 Oh good, an ancient strain of anthrax is back to kill us all

'Bambi' is only half the story.

Anthrax from the carcass of a reindeer dead for 75 years has been unleashed upon Siberia by the melting tundra, infecting 40 people and killing some 1,200 reindeer, the Siberian Times reported. A state of emergency has been declared by the politician in charge of that area, whose name is Dmitry Kobylkin. The area is under quarantine, and may remain so until September. The situation is dire for all the reindeer in the area, and for the humans, and really, for all of us, wherever we live.

The local humans, who the Siberian Times call “herders” and “nomads,” will have to avoid the area for decades. It would probably be best if you and I avoided that area for decades also. Anthrax has a mortality rate of 25-80 percent, depending on the strain.

The tundra is melting due to what scientists call “Arctic amplification,” which refers to the fact that the effects of global warming are more extreme in the far north—way more extreme. This past winter, for example, parts of the northernmost latitudes of the world were 16°C (or 29°F!) warmer than the 1951-1980 average.

If you’re as stupid as me, you may have assumed without really thinking about it that anthrax is some kind of chemical that was, maybe, engineered by terrorists specifically to be mailed to bureaucrats in nondescript envelopes. Anthrax is not this. Anthrax, aka Bacillus anthracis, is an infectious bacterium like the black plague, aka Yersinia pestis—although it has been hypothesized that the black plague was actually anthrax, which just goes to show how little humans understand anything, from matters scientific to emotional.

Anyway, nature, it turns out, is the original terrorist, and although frankly humans are now outdoing nature in death and destruction, really we’re working in tandem to create a sort of terrorist supergroup, which I will not honor with a name, but feel free to do so on Twitter. And if you want to tie it into this story, one idea you could riff on is the fact that reindeer are the animal some humans use as a symbol for a gift-bearing creature on a winter solstice holiday, which they try to spend with their families, each member of which will be dead soon.

Anthrax, by the way, spreads only from animal to human, and not between people, unlike Y. pestis, which is good for the herders and nomads in the affected Siberian area, which is in the Yamalsky district. But also, then, how could anyone think the black plague was anthrax? How would it have killed so many people? Perhaps Satan?

This anthrax outbreak is only the latest in a wave of climate disaster to hit Siberia, and indeed the entire top part of the world. Wildfires are blazing across Siberia, due to the area’s unusual dryness, not unlike the way a wildfire in the north of Canada the size of Florida has been blazing since May 1 and is still going, and, though under control, isn’t expected to be fully extinguished for another full year. The population of microorganisms in the melting tundra that consume organic matter and shit out carbon dioxide, for example, is exploding, exacerbating the vicious cycle of the greenhouse effect, which traps heat into this tiny weird paradise, i.e., Earth. The area of the Arctic ocean that freezes over, known as the “Arctic sea ice extent,” was less than two standard deviations below normal this winter. The ice up there is melting, fast. Greenland alone is surrounded by enough ice that, if melted, would raise the sea level by 7 meters around the world.

when you’re a climate change denier and the news reports it’s the hottest year on record https://t.co/BHj6KRYRsx

Scientists have no idea how the unraveling of the Arctic will affect the rest of the world, but it is likely that the effects will be negative. Some people think climate change causes wars, like the Darfur crisis and the current Syrian war. In any case, it is certain that our biosphere—the only habitable location the human race has access to—is being destroyed at a rate almost inconceivable to the people of, say, 2014.

Again, if you are stupid like me, you may have also thought that, given the news that the hole in the ozone layer was actually shrinking for the first time since we created it, perhaps, miraculously, the world, like your life, was on the mend, and things might get better from here on out. The unfortunate reality is that every year, if not every month, is worse than the last. My life has lost all meaning, depth, and direction. Please help. Turn off the light when you leave a room.