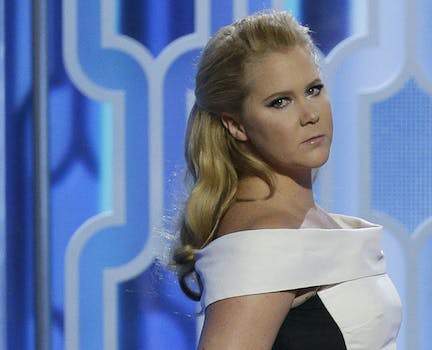 Amy Schumer and the rise of Internet vigilance

If there is any silver lining to the Amy Schumer plagiarism scandal, it is that it establishes one of the ways in which the Internet can be an unequivocal force for good.

Just to recap: Three female comedians have accused Schumer of stealing their jokes for her stand-up routines, TV show, and movie Trainwreck. Wendy Liebman, Tammy Pescatelli, and Kathleen Madigan each used Twitter as their platform for holding Schumer to account. Liebman pointed out that Schumer had used “one of my best jokes” on her HBO special; Pescatelli challenged how Schumer could claim to be a feminist “yet only steals from other female comedians” such as herself; and Madigan referred to a “disgusting amount of stealing” perpetrated by Schumer.

Even though many of the original tweets have been removed, Refinery29 was able to compile them into an exhaustive news story that is now making headlines. In response, Schumer has denied the allegations.

She’s also gone on the attack, blaming everything from sexism (even though her accusers are women, with the only male victim being the now-deceased Patrice O’Neal) to jealousy. Her use of character assassination is particularly striking here, as she speculates Pescatelli “pictured a different life for herself, and a different outcome, so to see someone who’s succeeding…”

Thanks to @amyschumer for coming over and addressing joke stealing allegations on my show. https://t.co/MXai3zQFJE

What’s noteworthy about Schumer’s defense (aside from its viciousness, which may have prompted Pescatelli’s sounds-way-too-much-like-it-was-forced apology) is that it completely disregards the considerable video evidence proving that Schumer’s bits are almost identical to those of Liebman, Pescatelli, Madigan, and O’Neal.

In the past, famous comedians from Milton Berle to Robin Williams were notorious for stealing from lesser-known performers, who were then powerless to fight back. That trend began to reverse a few years ago, when Internet video compilations were used to take serious hits against the careers of Dane Cook (who stole, among others, from a then lesser-known Louis C.K.) and Carlos Mencia (who stole from a number of comics until he was exposed in a blog post by Joe Rogan).

Thankfully, the Internet’s ability to expose celebrities who steal is hardly limited to the world of comedy. BuzzFeed has drawn attention to numerous instances of plagiarism committed by actor Shia LaBeouf, from ripping off a famous comic book artist for one of his short films to stealing lines from Charles Bukowski and Benoit Duteurte in his own self-published literature. Similarly, BuzzFeed managed to bring attention to the fact that Dr. Ben Carson, the prominent neurosurgeon now seeking the Republican presidential nomination, plagiarized sections of his 2012 book America the Beautiful.

The Internet’s use as a vehicle for exposing plagiarism isn’t limited to the initiative of intrepid journalists or the wronged parties themselves. Because plagiarism is so common among college students, academics have access to special online resources developed for the sole purpose of helping them weed out cheaters.

“A handful of companies, like Plagiarism .org, are offering Internet-based anti-plagiarism technology that teachers can use for a fee,” wrote Verne G. Kopytoff of the New York Times back in 2000. “The most complex sites compare student term papers with millions of Web pages and the archives of dozens of online sites that offer term papers free.” A few years later, Internet users in China humiliated college professors throughout their country after managing to expose rampant plagiarism in Chinese universities.

There are two lessons to be learned from the Schumer scandal specifically, and the rise of the Internet as a force for intellectual accountability in general. Although Schumer’s contributions to feminism are admirable, there is a cruel irony in the fact that Schumer—whose comic voice often focuses on articulating the frustrations of the disempowered—has resorted to shaming those who she’s ripped off on the grounds of their powerlessness. By arguing that they’re simply trying to tear her down to advance their own careers, she betrays her own ostensible values.

“The act of uncovering and investigating acts of plagiarism is becoming easier by the day,” explains Rhodri Marsden. “Search engines, online plagiarism checkers (of varying quality) and the viral publicity opportunities afforded by social media all play their part. Plagiarism searches can be compelling, like addictive puzzles where positive results elicit mental fist-pumps of delight.” For every Sen. Rand Paul willing to steal lines from Wikipedia for a speech, there exists an army of bloggers ready to identify the intellectual property crime (metaphorical if not literal) and demand that the perpetrator acknowledge his or her transgression.

Schumer’s career may survive her current ordeal, but unless she can convincingly demonstrate that her copying was an innocent mistake, there will always be an asterisk next to her credibility. The same is true for Mencia and Cook, for LaBeouf and Carson—and for everyone else who has tried to succeed at the expense of other people’s hard work.