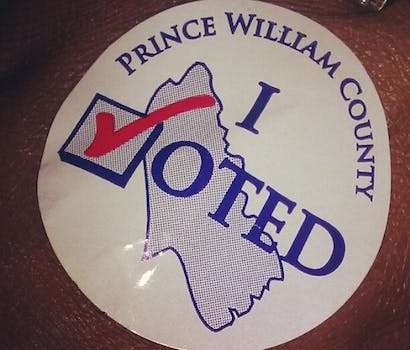 22 percent of Americans announced their votes on social media

A Pew study also found that "get out the vote" messages are bigger on social media than candidate-specific messages.

It’s OK to brag: nearly a quarter of American voters have announced who they voted for via either Facebook or Twitter.

According to a study published Tuesday by Pew Research, 22 percent of American voters—25 percent of Obama supporters and 20 percent of Romney supporters, which Pew called a statistically insignificant difference—have made their vote public on at least one of those two social media sites.

Unsurprisingly, younger voters are the most active: 18-to-29-year-olds are most likely to have, via social media, been encouraged by family or friends to vote (45 percent) to have announced they voted (29 percent), and encouraged others to choose the same Presidential candidate (34 percent).

A comprehensive study by Nature in 2010 showed that Americans were more likely to vote, and more likely to have their choice of candidate influenced, if they saw their peers doing so on social media. But Pew’s study showed that real-life voting advice is still more common than its social media equivalent: 54 percent have encouraged someone to vote for either Barack Obama or Mitt Romney in real life in the past 30 days. That’s only happened on social media to between 34 percent (18-to-29-year-olds) and 9 percent (those 65 and older) of Americans.

Facebook and Twitter users are far more concerned about voting in general than they are about their favorite candidate, though. The study showed that every age group has a higher chance of simply hearing encouragement to vote via their online peers than to have pushed a particular candidate.

All in all, Pew found, just under three quarters of Americans (74 percent) saw at least some sort of voting activity from their peers.

Which means that 26 percent of Americans could have used a browser extension to block their friends’ political rants on Facebook—or just ignored social media altogether due to the onslaught of political messages.