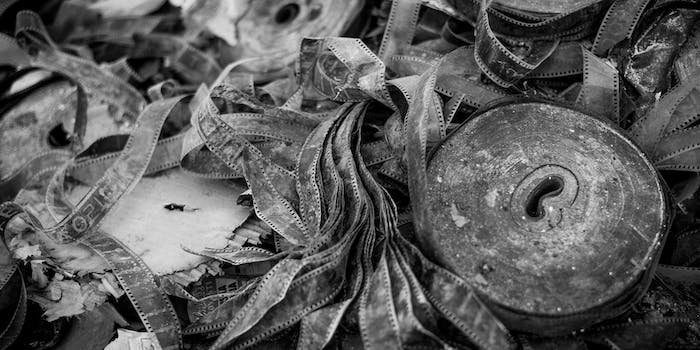 AMC’s Unlimited Movie Pass is an amazing deal but a terrible, terrible idea

To compete with Netflix, AMC is all but giving away free movies.

Last week, AMC Theaters announced their plans to roll out an Unlimited Movie Pass; for a fixed price ($35 for conventional movies and $45 for the “premium package,” which includes IMAX and 3D films), the pass allows you to watch a movie a day for a flat monthly fee. Boston and Denver will be the first cities to get the package with more cities to follow, depending on the success of the trial run in January.

This isn’t the first salvage attempt on the behalf of theater chains to keep people from sitting at home. This past summer, AMC Theaters started rolling out reclining chairs in a pricy renovation that aimed to get audiences even more comfortable falling asleep while watching the next Transformers movie. As AMC has also begun opening bars and serving liquor in theater chains across the country, it makes sense that it and other theater chains are stepping up their game. In 2012, according to the Motion Picture Association of America, the average person in the United States went to the movies 4 times over the course of an entire year—which is higher than 2011’s slight dip to 3.9, but down from the 4.9 tickets sold per capita in 2003.

It’s no secret theater attendance has been gradually declining for the last couple years now. For those looking for answers, Netflix and Hulu—which provide a large quantity of content that can be enjoyed from your home—seems like the most obvious answer. However, there are other reasons causing more people to choose Netflix over your local theater. John Farr of the Huffington Post cited technology as a reason why people simply don’t have time for theatrical movies these days. Farr wrote, “For today’s thinking adults, movies are being increasingly marginalized because there is less reason and excuse for us to make time for them as we did in the past.”

Richard Morgan of the New York Post blamed the overall declining quality of the films being produced by Hollywood. Morgan wrote, “The disappointing summer movie business— combined with the overall high quality of films produced by Hollywood—reflect a decline in the sector.” So, with theater attendance and movie quality hurting, AMC and other theaters are turning to successful business models such as Netflix and Hulu for inspiration. The AMC Unlimited Movie Pass is clearly an attempt to not only entice more people to trek to the movie theater more often but raise revenue as well. However, whether or not it will actually get more people in theater seats is another question.

For example, on average I see four to six movies a month. Given the ludicrous cost of movie tickets in the major metropolitan city that I live in, that’s about $60 a month. For simply $35 a month, I can see pretty much any film that I want—because let’s face it, who needs the $45 package? If you’re going to see an IMAX movie, you might as well see it on a traditional IMAX screen. No one really cares about 3D movies anyway, especially 3D movies that are post-converted and look terrible regardless of the screen. Roger Ebert said it best when he spoke about why he hates 3D films: “3-D is a waste of a perfectly good dimension.”

AMC might think they are making more money, but for most moviegoers, spending $35 a month on movies when they could spend as much as $60 or more assuredly seems far more of a bargain for audiences. It seems certain AMC would be losing money with this approach that seems counterintuitive to their end goal. AMC is hoping the Unlimited Movie Pass will draw in moviegoers that ordinarily wouldn’t think about going to the movies, but it might end up hurting theater chains—especially independent ones—in the process.

As AMC Theaters often show independent fare like Richard Linklater’s Boyhood as well as the latest Hunger Games film, what happens to the less commercial chains that strive themselves on carrying movies that aren’t mainstream? One of the benefits of your local independent theater chain is being able to watch a movie like Birdman or Whiplash when some more expensive, commercial theater chains won’t play it.

However, if you have the AMC Unlimited Movie Pass, you are more likely to catch one of those movies at their theaters, too. Even local independent theaters are upgrading in a big way, copying AMC by installing reclining leather seats. A substantial reason why people go to independent theaters is because they have indie fare that remind you why going to the movies can be more than just explosions and big set pieces. I can only imagine those theaters will inevitably end up suffering as a result of the AMC Unlimited Movie Pass.

Steven Spielberg warned that in the current marketplace its difficult even for a mid-budget prestige movie like Lincoln to get distribution, meaning that an entire generation of filmmakers could end up getting pushed out. For instance, Spielberg’s frequent creative partner, George Lucas, wasn’t always the man behind Star Wars; Lucas started his career with smaller, more personal fare like THX 1138 or American Graffiti, the latter of which just happened to find a large audience. By supporting the THX 1138s, you also fund the future Star Wars franchises, and an entire generation of indie and blockbuster filmmakers stand to suffer from AMC’s new model.

In trying to save the cinema, AMC appears to be helping kill it. The AMC Unlimited Movie Pass is a last ditch effort by theater chains to adapt to a changing environment where people would rather sit at home and watch a movie in the comfort of their living room rather than make the journey to their nearest multiplex. AMC and other theater chains are trying to compete with Netflix and their low prices, but the multiplex shouldn’t be trying to compete at all. Instead of trying to have what the Internet is having, why doesn’t Hollywood just focus on making the kinds of movies that excite people and ignite our imaginations, the must-see entertainment that brings audiences into the theater to begin with?

If theater chains want to stay in business—which I hope they do—they need to start thinking about the bigger picture, as entertainment and media will constantly evolve as technology frequently evolves. Reclining chairs is a decent first step in theory, but theaters shouldn’t be reminding you how nice your living room is back home. Theaters should be reminding you why leaving the comfort of your home used to be one of the greatest things you could do.