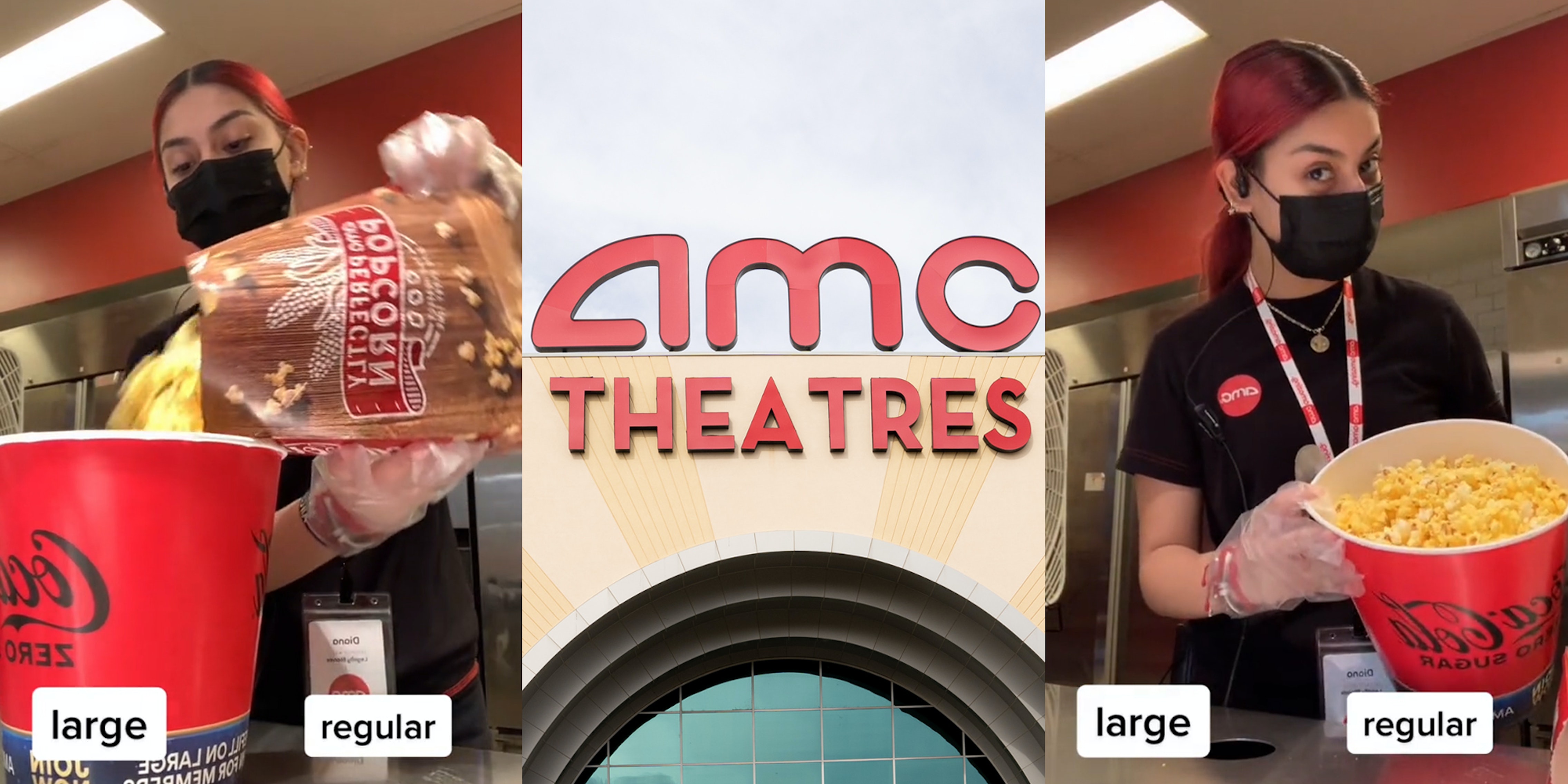 ‘On behalf of everyone watching this, thanks for saving our coins’: AMC worker shares PSA about the popcorn sizes

Just because a popcorn bucket at the movies may be labeled as a “large,” doesn’t necessarily mean you’ll get more popcorn than you would with a smaller size, one TikToker showed in a recent video.

In a video that’s been viewed more than 470,000 times, TikTok user Diana V. (@diana2much), who appears to work at an AMC Theatre location, shows a comparison between two sizes of popcorn.

@diana2much make half a scoop more and dropped some lol but they would tell us not to make it round, but flat at the top #draft #amc #movies #draft ♬ Monkeys Spinning Monkeys – Kevin MacLeod & Kevin The Monkey

One is a large; another is a regular. She pours the popcorn that’s in the regular bag into the large bucket with the popcorn, nearly filling the bucket to the brim.

Some commenters were surprised at how little difference there was in popcorn quantity between the two sizes.

“On behalf of everyone watching this, thanks for saving our coins,” one commenter said. “You a real one.”

Other’s weren’t convinced that there wasn’t already popcorn in the bucket before Diana poured in the popcorn from the regular bag.

“Show the large one is actually empty before filling it,” another person said.

Some commenters also pointed out that at some locations, they’ve seen a large popcorn come with free refills, making it a more enticing option. AMC has not responded to the Daily Dot’s request for comment via email. It’s not clear if refills are free for certain sizes of popcorn at all AMC locations, but the company advertised it sells “movie buckets” for a little over $20 that customers can use for $4.99 refills.

Over the years, prices have risen for movie tickets and theater snacks, particularly as movie theaters are most likely to make a profit from concessions, Mashed reports. Research from the Stanford Graduate School of Business and the University of California, Santa Cruz, shows that charging more for concessions helps to keep movie ticket prices lower.