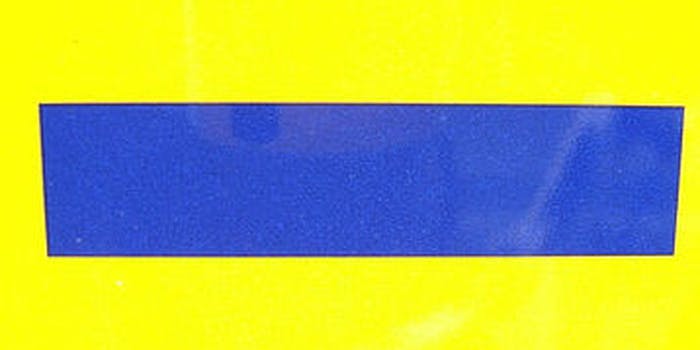 Amazon pulled an ebook because it had too many hyphens

Critics can be unkind to a book, but no matter how hard they try, they can’t wipe it out of existence. The same can’t be said of Amazon, as one baffled horror writer found out.

Graeme Reynolds was messing about on his computer one evening last week when he saw an urgent email from the company’s Kindle Direct Publishing arm, through which he’d distributed High Moor 2: Moonstruck, a well-reviewed novel about werewolves—one of many titles he’s released through his press, Horrific Tales Publishing. “I couldn’t believe what I was reading,” he later wrote on his blog. “This had to be a wind-up.”

It seemed that because a reader had complained about the number of hyphens in the ebook, Amazon automatically searched the 90,000 words in Moonstruck’s text and found 100 instances of the offending punctuation. Noting that his hyphen usage “significantly impacts” readability, they informed him that they had “suppressed the book,” i.e., taken it off their virtual shelves. When Reynolds replied that hyphens are a perfectly valid part of written English, a Kindle rep told him that he had 60 days to correct the “serious error” before Moonstruck’s product details and reviews disappeared from the site altogether.

“It’s probably a U.S. vs U.K. thing in terms of grammar and stylistic preferences,” Reynolds told the Daily Dot in an email. “We tend to hyphenate a lot more in the U.K., and my editor is quite fond of using them. The issue really was the fact that once I explained myself I started to get what looked very much like stock, automated responses,” he said, which was a problem considering he’d spent £1,000 on editing the book and another grand for a round of advertising designed to take advantage of the holiday season.

Thankfully, he didn’t have to ravage his work. “I was given a contact name of someone who worked for Kindle Direct Publishing by a colleague and dropped them an email explaining the situation, and I think that they were probably quite instrumental in cutting through a lot of the red tape. Having a blog post suddenly go viral may also have helped.”

Does he think this bureaucratic experience is typical of Amazon? Pretty much:

For the most part, I am grateful to Amazon. They gave me a career, not only as an author, but as a publisher. Their platform is the easiest to use and the most responsive of all the epublishing vendors. They have dropped the ball quite badly with the way that they have handled their Kindle Unlimited program, and all the Horrific Tales books will be coming out of Select when their current tie-in period is up until they fix the payments, and their support structure can be frustrating to deal with at times. Generally it takes three emails before you get anything other than a stock response. Given the volume of calls they get, though, you can understand why they do it. That said, competition is never a bad thing, and their handling of KU and their insistence on exclusivity has given me the push to branch out into the other platforms, at least in the short term. For a while they were the only real game in town, but now it looks like Google Play, iBooks and Kobo are starting to get a larger share of the market place. As long as they pay fair royalties, on time and without any argument, then I will be happy. They are a little less crowded than Amazon as well, so it may make discoverability a little easier.

Meanwhile, some reviewers are now taking pot-shots at the retail/publishing giant:

Asked if he had a favorite hyphenated phrase, Reynolds—who “can get quite creative with compound swearing”—picked one essential to any horror author. “Blood-soaked,” he wrote.

Photo by Kazuyoshi Kato/Flickr (CC BY 2.0)