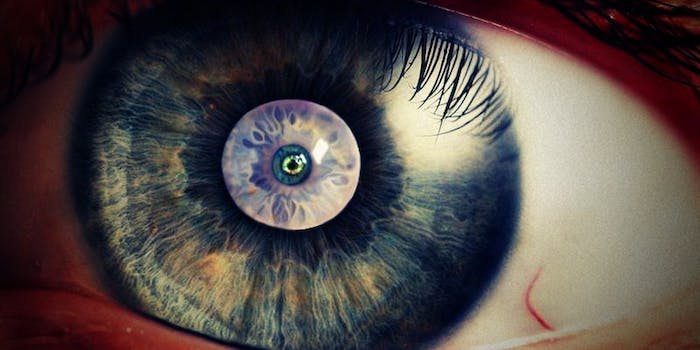 Why the relative calm toward a smartphone whose primary purpose is to see and hear everything you do?

Amazon’s new smartphone, dubbed the Fire Phone after the retailer’s best-selling tablet, certainly sounds very impressive. While gadget critics may have been over the moon about the device’s unlimited photo storage, full developer support, and the pseudo-3D display, the real defining feature of the Fire Phone may have been its least talked about.

Firefly, an integrated, opt-out app, can identify up to 100 million actual objects and link you to their Amazon listing, enabling impulse buyers everywhere. It also offers the same service for any book, song, TV show, or movie, effectively making apps like Shazam and, to an extent, Google Search redundant on the Fire Phone. It’s a dynamic move to keep customer’s in the Amazon biodome, but that’s not exactly the paradize Jeff Bezos would have us believe.

Amazon, like other tech giants, has been heavily implicated in the ongoing NSA surveillance scandal, with whistleblower Edward Snowden singling out the company specifically during his TEDTalk in March.

By attempting to make you, all you do, all you buy, and all you see apart of their collective, Amazon puts all that information at the risk Snowden presents. While it isn’t much more risk than your information would have on Google or Facebook’s servers, where Amazon stands out is the totality of the information they are now attempting to gain.

The new model for Apple, Google, and Amazon is to be everything to you. They, and to a lesser extent Facebook and Twitter, want to provide your friends, search results, shopping, and media. What this means, however, is we’re going to end up with 3 or 4 large companies that look shockingly similar.

Google encroaches on Amazon with direct shipping, Amazon pushes into Apple’s territory with a music-streaming service, and Google corners Apple in the smartphone market—with Amazon now following behind. These companies must behave this way because their interest isn’t in selling phones or software or music to you. It’s primarily about selling your (albeit anonymized) data to advertisers.

However, advertisers are not the only interested parties. In their endless quest for data, these companies have provided an endlessly useful tool to law enforcement and intelligence agencies. By trying to sell you a phone that can not only see and hear everything you do but identify and catalog it, Amazon has found the logical conclusion of the mass surveillance era.

If the Fire Phone—whose security or encryption details were absent from Wednesday’s big unveiling—becomes yet another tool for the already well-supplied NSA, it could become Big Brother in your pocket. Sure, other smartphones have microphones and cameras, but the Fire Phone is specifically designed for analyzing the world around you, including you. Even the depth-driven display, dubbed “Dynamic Perspective,” uses four cameras and facial-recognition technology to not just follow your face. It can even follow your irises.

What’s curious, however, is the lack of concern compared to similarly creepy attempts to farm data. Microsoft’s Xbox One was at first sold with a mandatory Kinect device, basically turning your game console into a real-life telescreen that watches and listens to all you do. After months of online protests and lagging sales, Microsoft unveiled a Kinect-free version of their new console.

Just last month, Facebook was forced to backpedal a new feature in their mobile app which, similar to Firefly, would listen through the phone’s microphone to any music or TV in the background and include that information on your Facebook posts (“Greg says: ‘Happy Birthday, Mom!’ while watching Human Centipede: First Sequence.”) An online petition drew hundreds of thousands of signatures, and Facebook dropped the feature

So why the relative calm toward a smartphone whose primary purpose is to see and hear everything you do? The answer could lie not in the phone’s technology but in the brand name on it.

A common misconception about Amazon is that it wants to be Walmart. While the largest retailer in the world is certainly a competitor with the largest online retailer, Jeff Bezos has never wanted to be limited to selling books, diapers, and, Playstations. You can see the roots of Amazon’s current actions in Bezos’ comments from 1996, back when Google Search was in beta and Mark Zuckerberg was 12.

Amazon has moved well past being merely an online retailer. The OS present on its tablets and now its phone boasts all iOS and Android could offer—and more. Amazon manages to compete with iTunes, Netflix, Google’s AdSense, eBay, and brick-and-mortar manufacturers around the globe, making it one of Silicon Valley’s most well-diversified companies (one of many reasons it’s a paragon on the Dot-Com Crash).

But the average consumer sees Amazon as just another place to buy something. As long as Amazon is primarily a place to buy stuff, whatever it sells will seem as innocuous as buying store-brand cereal. Amazon manages to simultaneously seem less-invasive while managing to be more so.

With the Fire Phone, however, Bezos and Co. look to change that. They want Amazon—and buying things—to be as big a part of your life as Google, Apple, or Facebook is now. It doesn’t represent a real change of direction for Amazon; just a strong step towards consumers buying from Amazon and Amazon selling consumers.