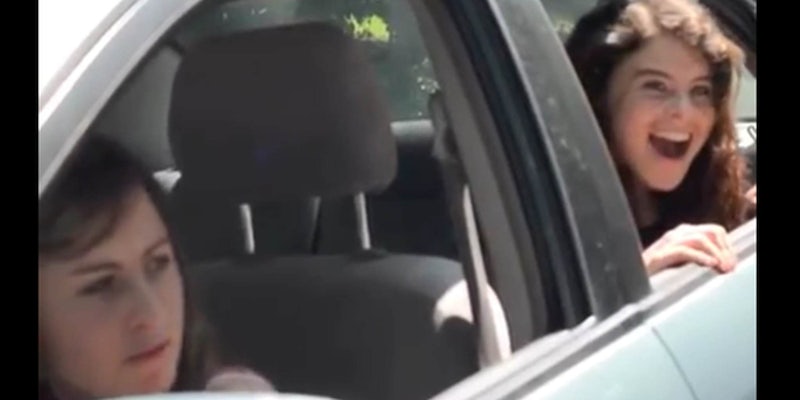 Alanis Morissette’s “Ironic” finally lives up to its name

Now with some actual irony!

For folks of a certain age, Alanis Morissette’s 1995 LP Jagged Little Pill was a formative album. If you were a teenage girl in the mid-’90s, her message of righteous indignation, mixed with a touch of crazy, was inspiring. The single “Ironic” became a hit, but the semantics of the song were heavily dissected. Is irony 10,000 spoons when all you need is a knife, or is that just a serious hoarding problem?

Twenty-four-year-old sisters Eliza and Rachael Hurwitz, who are two-thirds of triplets, decided “Ironic” needed a few modern revisions, since they were 7 when they first heard the song. So they parodied it. Eliza, a writer and aspiring comedian, did the lyrics; Rachael, an aspiring musician, wrote the melody. Here’s one revision:

“A traffic jam causes you to leave early/But you rush and get in a crash, which causes you to be late/A no-smoking sign you hung up when you quit/Now you started again but can’t smoke ’cause of the sign.”

Eliza came up with the idea while writing a column for the website Hello Giggles about awkward situations.

““Amazingly enough, I was running out of awkward situations to write about,” she says. “I was exploring different humorous topics to write about when I heard ‘Ironic’ on the radio and decided I could write a parody. I really enjoy writing funny songs and I’m also a stickler for grammar, so this just seemed like the perfect outlet for that.”

Of course the irony here is that not all the new situations the sisters Hurwitz came up with are actually ironic, which might be part of the irony or the parody. The definition of irony has already been muddled in the last decade or so, or declared dead. Just as social media played a big part in their video going viral, it’s also changed the definition.

“From the comments on our video, it’s clear that the definition of irony has definitely changed,” Rachael explains. “Words evolve over time, and we were just honoring the simpler definition: Something is ironic if the result is the opposite of what was intended.”