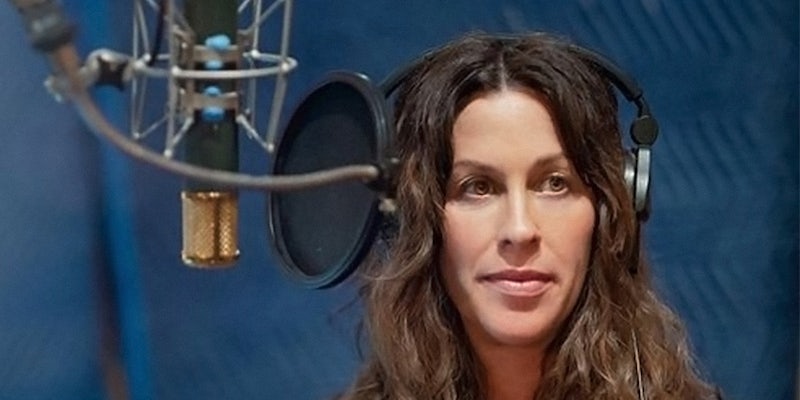 'This was not the story I agreed to tell.'

Alanis Morissette called out the upcoming HBO Max documentary Jagged, claiming it has a “salacious agenda.”

The film, directed by Alison Klayman, is part of HBO’s Music Box documentary series, which debuted in July with the Woodstock 99 doc. According to a statement sent to Variety, Morissette says she “agreed to participate in a piece about the celebration of Jagged Little Pill‘s 25th anniversary, and was interviewed during a very vulnerable time (while in the midst of my third postpartum depression during lockdown).”

She adds that she “was lulled into a false sense of security and their salacious agenda became apparent immediately upon my seeing the first cut of the film. This is when I knew our visions were in fact painfully diverged. This was not the story I agreed to tell.”

Morissette doesn’t specify which aspects she’s unhappy with, just claims that it “includes implications and facts that are simply not true.” Last week, the Washington Post ran a piece about Morissette having “unspecified issues” with the film, and claimed, via an unnamed source, that she wouldn’t be attending Jagged‘s debut at the Toronto International Film Festival this week. It also detailed one admission in the film—Morissette revealed she had sexual encounters with multiple men at age 15, which she now realizes was statutory rape.

In response to Morissette’s accusations, Klayman told Deadline: “It’s a really hard thing, I think, to see a movie made about yourself. I think she’s incredibly brave and the reaction when she saw it was that it was a really—she could feel all the work, all the nuance that went into it.”