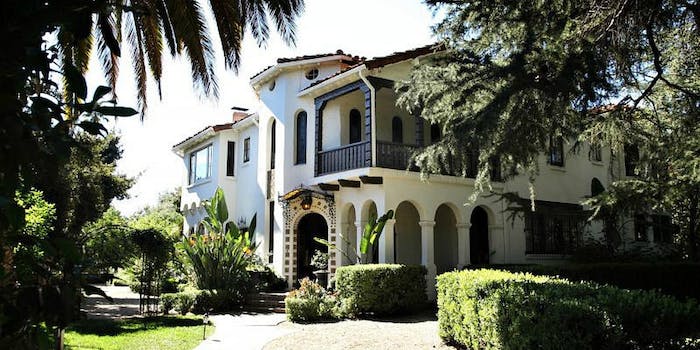 Renting your house out on Airbnb is a known risk. You might discover afterward that your home has been trashed, or your renters might find a strange loophole in a state’s law that allows them to squat at your place indefinitely.

In a court filing obtained by the Smoking Gun, Knapic said she rented out her historic mansion for $1,095 a day to a woman named Anna for vacation purposes for five days in August. Knapic said “Anna” told her that she would stay in the home with some friends and bring a photographer to document the holiday.

When the plaintiffs returned to the mansion, they found it trashed, with enema kits littered on the floors and in the beds, various sexual devices scattered throughout, a hot tub filled with brownish water, and brown-stained linens. They also discovered a Lucas Entertainment business card, and when they looked up the company, they found photos of men urinating on each other and giving each other enemas.

After taking photos of the property with a black light, the plaintiffs found that body fluids—including urine, semen, and fecal matter—were present on the “linens, carpets, upholstery, walls, ceilings, and in the hot tub.”

Either way, it’s bad. And that leads us to the real question: why in the hell didn’t the defendants just clean up after themselves?