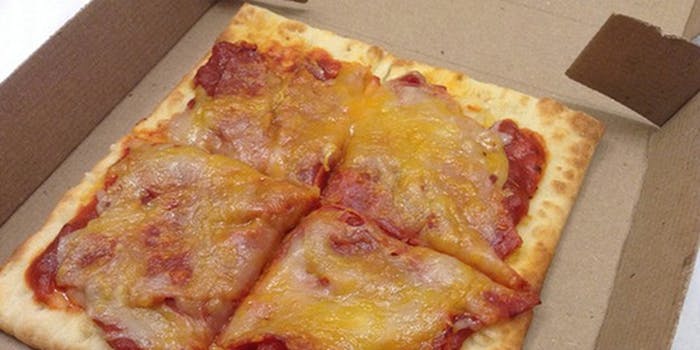 Listen to the most insane 911 call in Subway Flatizza™ history

The very definition of "emergency."

We’ve all had our problems with Subway, the nation’s leading manufacturer of cheap, regrettable sandwiches—from their penis jokes to their policy of drying wet underwear in the ovens to their inability to serve cockroach-free footlongs. So it’s not entirely surprising that someone finally called the cops on them. Twice.

But what so incensed Bevalente Michette Hall, the Gastonia, N.C., woman who saw fit to dial 911 and “make a report” about the fast food restaurant? According to a marvelous recording of her conversations with emergency services, provided by the Gaston Gazette, employees there had put marinara sauce instead of “pizza sauce” on her flatbread pizza (or “Flatizza™”).

“And it’s terrible,” she says, which was probably true no matter what ingredients were involved. “I can’t eat this kind of sauce.” Go ahead and listen to the whole zany thing.

Police were indeed dispatched to the scene, though not to settle any culinary disputes or put Hall in touch with investigators from WSOC-TV’s Action 9 news, as requested. Instead they jailed her “for three minutes.” She was then released on a $2,000 unsecured bond.

Congratulations on your newest customer, Quiznos.