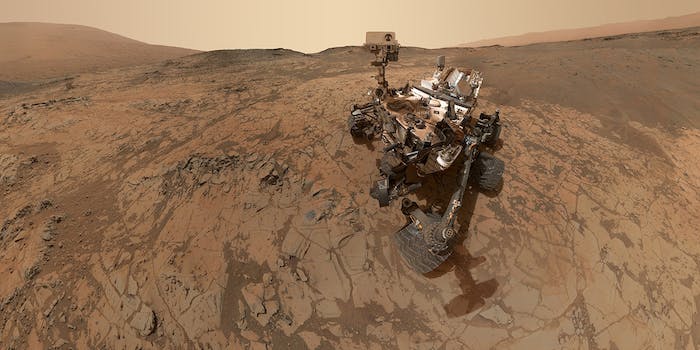 8 unexplained images sent back by the Mars Curiosity Rover

NASA‘s Curiosity Rover—the tricked-out Roomba that rolls around Mars collecting data about our neighboring planet’s environment—has sent back many a stunning image from its explorations. But the only one the Internet seems to care about is this photo, which appears to show a “woman partly cloaked.” She’d be, like, four inches tall, but who cares! Mystery!

In fact, this wasn’t the first seemingly inexplicable discovery NASA has made on Mars. All sorts of weird sights have popped up in the course of our remote exploration. More than a week ago, we glimpsed a crablike creature.

And things just keep getting stranger. Most recently, Curiosity stumbled across evidence that some no-good teenagers had been smoking on Mars. 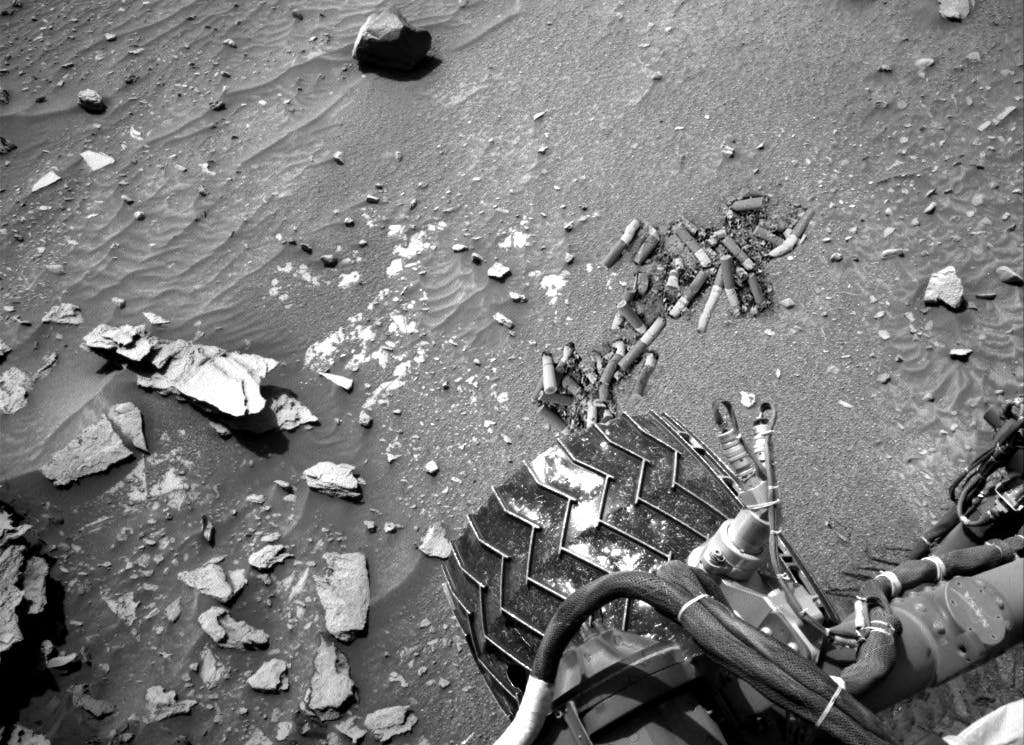 Arguably more perplexing was the presence of a popular Internet meme. Can science explain it? Did ancient Martians worship the DickButt? 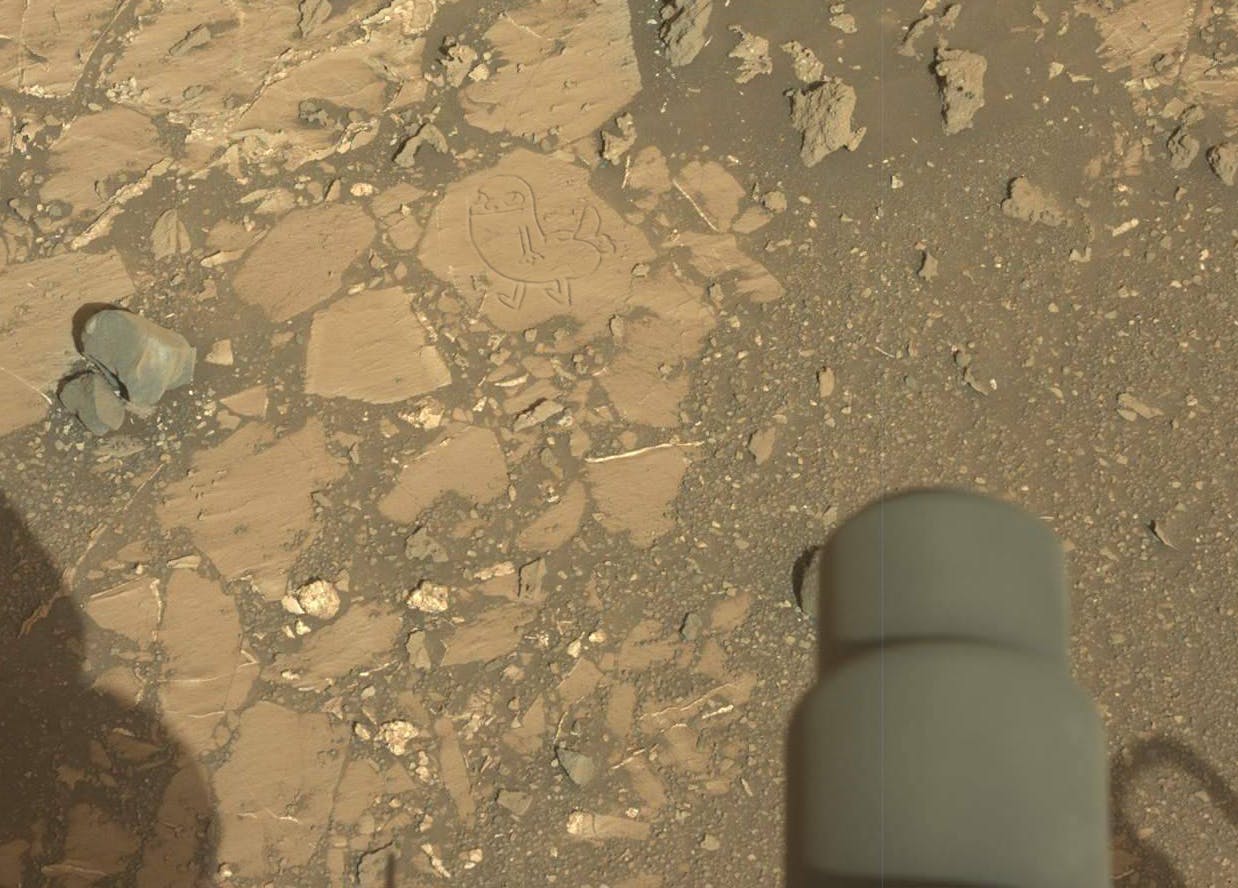 Now take a look at these shadows on a cliffside. Isn’t it possible that someone has carved the letters “USA” here? (Pay no attention to the hat-shaped object on the right, closer to center frame—it’s probably a natural geological formation and not worth investigating further.) 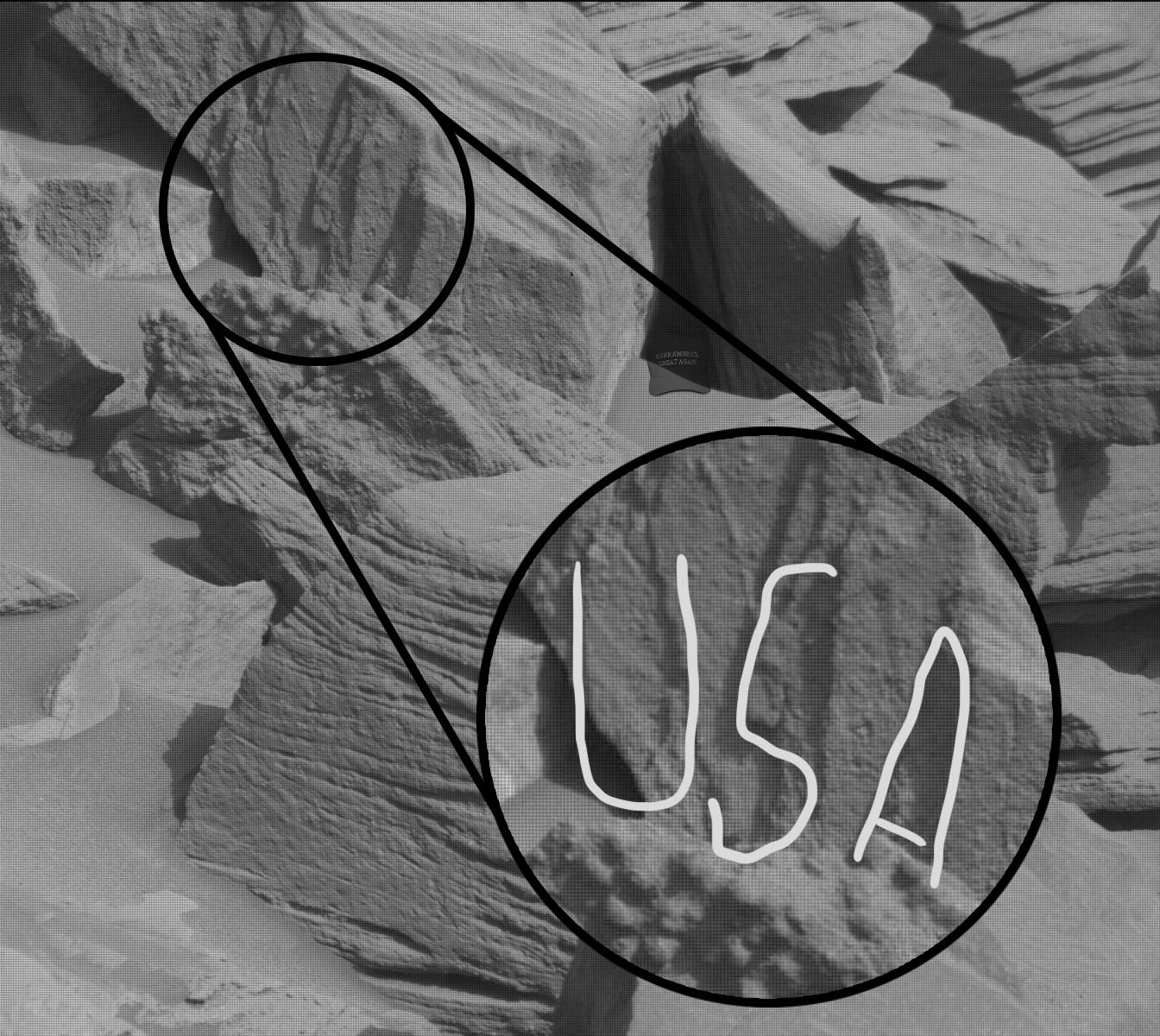 This next one is even more baffling. From what we can tell, it is the dwarf planet Pluto, which scientists had long assumed to maintain an independent orbit about 4.67 billion miles away from the sun. Nope, turns out it’s on Mars. This could change astronomy as we know it! 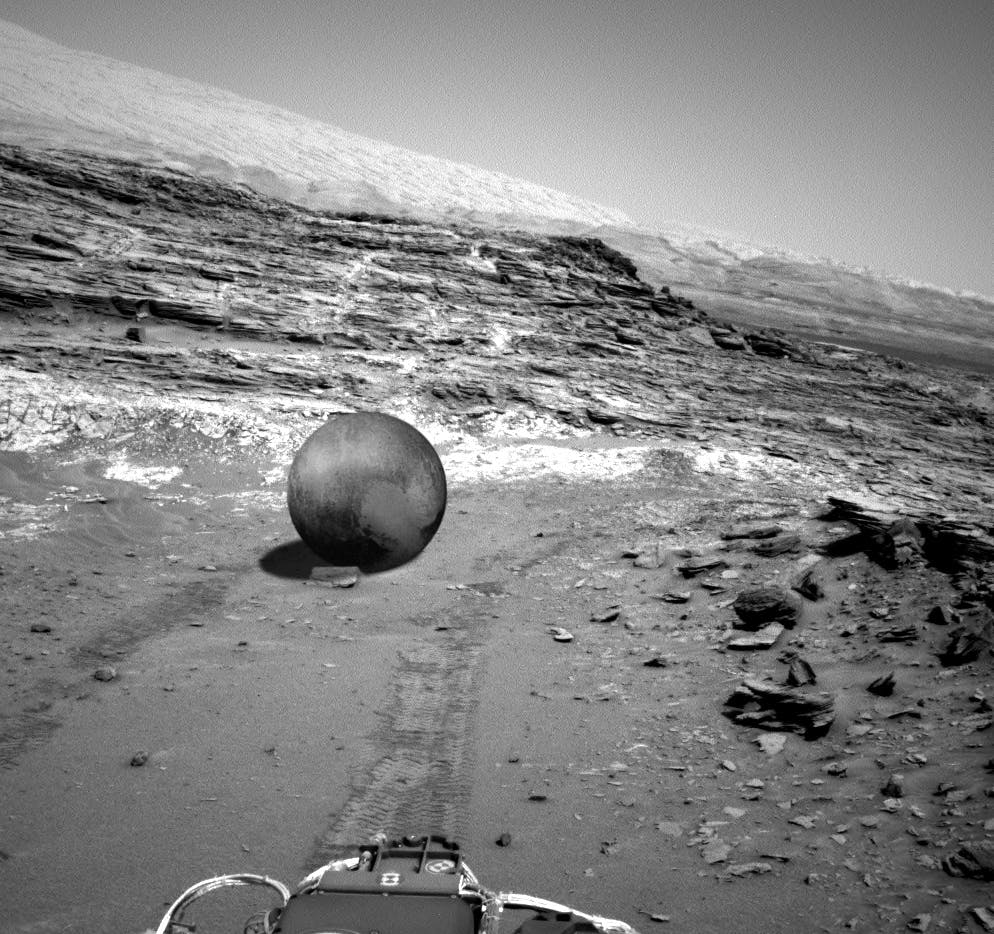 Wait a second—this looks to be the Loch Ness Monster. Yes, we can definitely see it, though you may have to zoom in to get a clearer view. 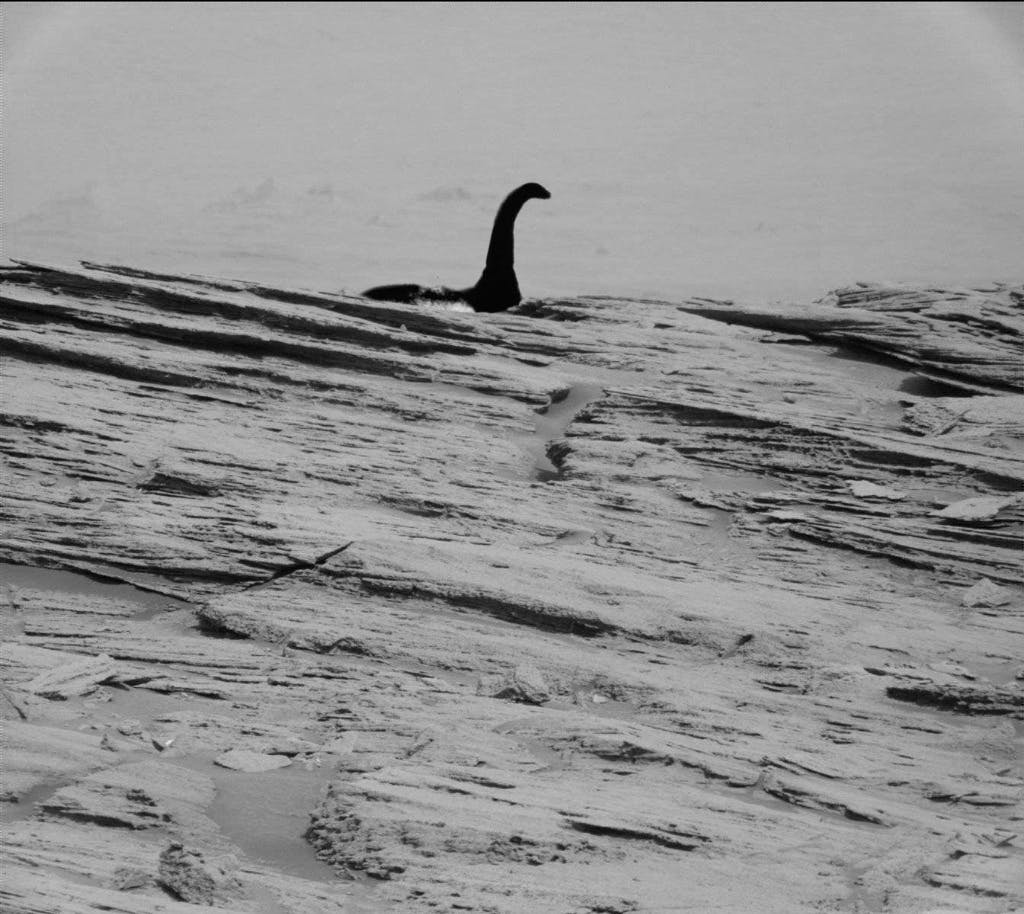 If all this stuff is really to be found on the surface of Mars, then it’s a far richer planet than we’d ever dreamed. How did the spinning top from the cerebral 2010 blockbuster Inception wind up there? We just don’t know.

7) The spinning top from Inception

At any rate, it’s clear that we’ll have to send a manned mission to Mars sooner rather than later. If only to sample the roast beef sandwiches. 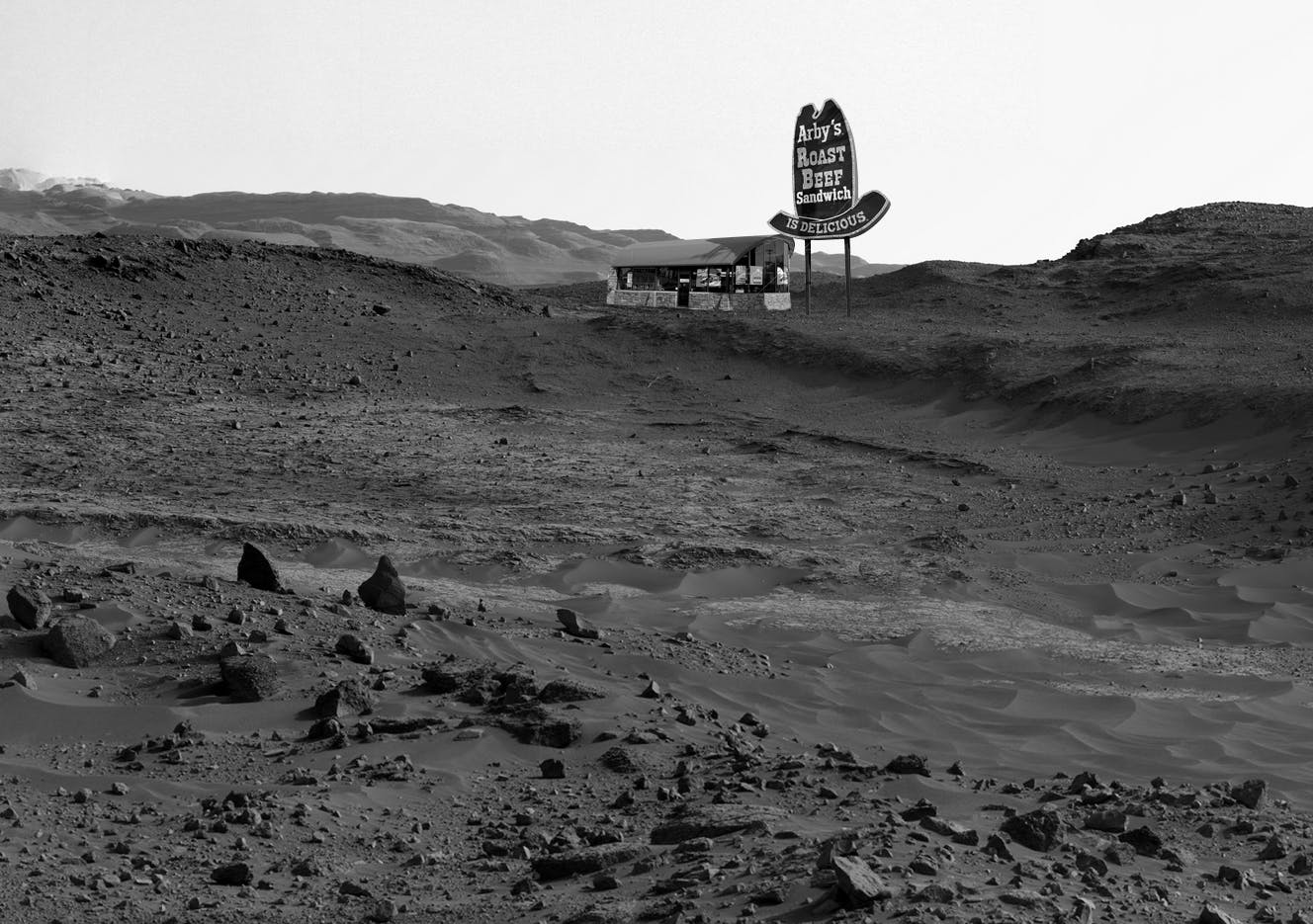