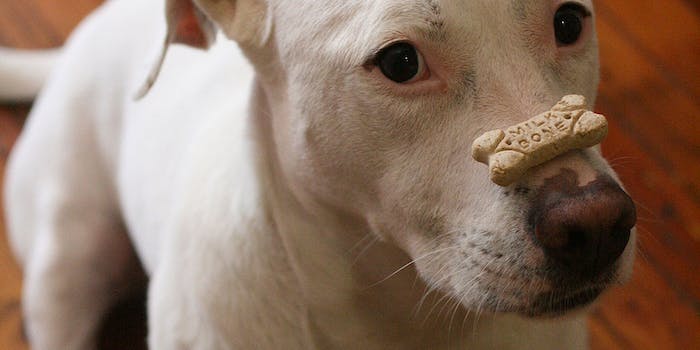 It’s no secret dogs are multitalented creatures: They already serve as our best friends and snuggle partners. Now we can add another title to their ever-growing canine résumé: physical-therapy assistants.

Six-year-old Jack is recovering from brain surgery. The operation, to remove a brain tumor, has rendered mobility in the left side of his body difficult. Jack now has to undergo physical therapy, and part of his regimen is feeding a dog his treats.

Jack’s uncle Tyler Doss posted a video to YouTube depicting Jack exercising his left arm by lifting a treat up to a waiting dog. If Jack is able to lift up four treats, he’s promised a new bike.

Watch as Jack erupts in laughter when the canine takes the treat from his hand.