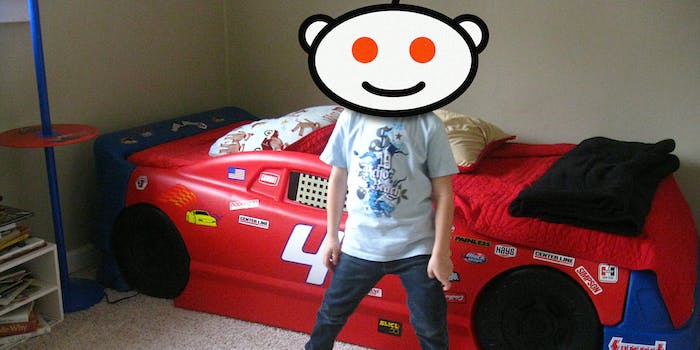 On the one hand, kids foolishly think they know everything. But on the other, they’re often so much wiser than their years. That’s why Reddit on Thursday turned to a brilliant three-year-old boy for answers about life, the universe, and everything. The anonymous wunderkind held court during an AMA (ask me anything) session, with his dad conveying his pronouncements to the audience.

The three-year-old, who’s clearly being raised on superheroes and anime, has a pretty black-and-white perspective on the world. Which is understandable, given that he’s three. But his intuition is strong, and his answers about the adult world are shockingly astute.

“What does the speed of light mean to you?” asked one redditor.

“What’s the meaning of life?”

And what would you call a person with funny hair, orange skin, and tiny hands?

He even knows things you wouldn’t expect a three-year-old to know. Reddit, being Reddit, asked him where babies come from, and here’s what he had to say:

His mom and dad burst out laughing, but he wasn’t wrong.

When Reddit asked him to make future predictions, he didn’t hold back. How will self-driving cars affect the economy?

What will he be when he grows up?

And, when asked about the ultimate answer to life, the universe, and everything, he didn’t answer “42.” Here’s the real answer, according to a smart toddler with a race car bed:

The oracle has spoken. Update your calendars accordingly.