The top 10 most influential people on Tumblr in 2012

In 2012, the blogging network created by high school dropout David Karp became a mainstream destination, offering a unique source for breaking news, candid celebrity portraits, and enough GIFs to help the decades-old image format become Oxford’s Word of the Year. Tumblr cracked the top 10 list of the most visited sites in the world, with more than 20 billion posts and about 20 billion monthly pageviews.

“You guys have earned an audience bigger than the biggest TV networks, and you continue to make some of the most thought provoking, insightful, inspiring, funny, diverse, and compelling content being created today,” Karp wrote in a recent blog post.

Tumblr users are not required to reveal how many followers they have, and the company does not make that information public. Instead of hard stats and Klout scores, our list of the most influential Tumblr users is based on perceived impact and reach—the artists whose work rippled across the network in waves of reblogs and likes, driving the conversation and creativity.

There are no hard stats on which to base our list of the most influential users in 2012.  But never fear. While our list may be subjective, we believe the following users have had profound influence on art, comedy, design, and  politics.

In what was dubbed the Facebook election, Barack Obama leveraged social media to help win the 2008 presidential election. This year, Obama’s campaign added Tumblr to its repertoire. His official Tumblr blog has more than 1,240 posts, out-blogging his opponent Mitt Romney almost every step of the way. More importantly, Obama’s campaign used Tumblr to interact directly with users in a way that was relatable, posting GIFs of the president listening to music and giving speeches.

“It gets him in front of a much larger audience, especially more and more young people who spend time on the Internet,” said Tyler Pearson, a front-end developer and designer for New Media Campaigns, a North Carolina-based creative agency that helps build politicians’ Web presence. 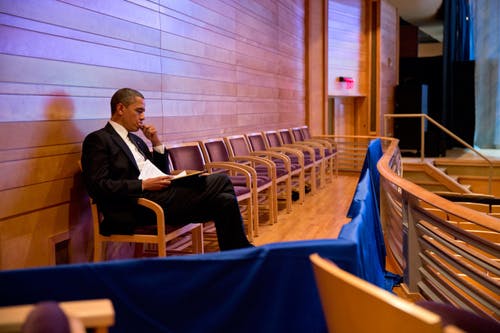 After Hurricane Sandy ravaged the East cCoast, thousands of New Yorkers came together in a manner not seen since Sept. 11, 2001. On Tumblr, photographer Brandon Stanton led the charge with Humans of New York (HONY), a blog that documented the citizens of the Big Apple one photograph at a time. Stanton launched a fundraiser on Nov. 12 for the Stephen Siller Tunnel to Towers Foundation, offering stickers, tote bags, and photographs in exchange for contributions.  Stanton’s campaign collected $318,000 in 10 days—three times the original goal.

“Sandy left behind a lot of sad stories, but also some happy ones,” Stanton wrote on Tumblr. “We’re going to try to tell them all. 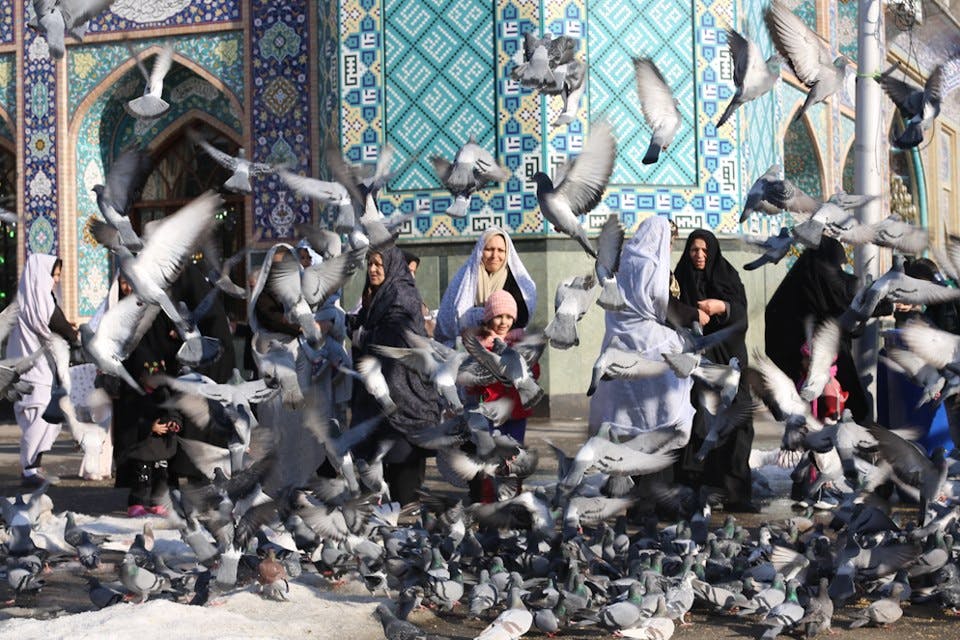 From a last-minute flight to London to meet with One Direction to hobnobbing with models during New York’s fashion week, Mr. GIF helped some of the world’s biggest brands and celebrities embrace the GIF. Jimmy Repeat and Mark Portillo formed Mr. GIF in 2011 to bring two long-established mediums, comics and GIFs, together. Since then, they have created animations for Forbes, Vice magazine, Late Night with Jimmy Fallon, and chef Anthony Bourdain.

“It’s kind of crazy how respected it’s become in just the last year,” Repeat told the Daily Dot in August. “I can see more and more people wanting it.”

When an Arizona judge told a sexual assault victim that if she weren’t in that bar that night “none of this would have happened,” author Kate Harding was disgusted. But she wasn’t surprised. Victim blaming has become an epidemic largely perpetrated by the media. On her blog Don’t Get Raped, Harding points out how absurd and offensive victim blaming is through attention-grabbing headlines, such as “Don’t go to the gynecologist” and “Don’t bum an Advil when you’ve got a headache,” drawn from real life stories of women being assaulted under those circumstances.

With just a quick glance at the Benjamin Grelle’s Tumblr, you’d think all the 30-year-old from St. Louis, Miss., did was snap photos his pet corgi, poke fun at absurd memes, and create hilarious original GIFs. And you’d be right, to a degree.

Despite suffering from chronic fatigue syndrome, Grelle has used his popular Tumblr blog to earn a modest living from his parents’ basement. The problem is that his career has been under attack from content thieves who have stolen his work more than 200 times. The biggest culprits have been users of Reddit and Imgur, which hosts a majority of images that appear on the social news site.

Taking a stand for Tumblr, Grelle sent a message to Imgur on Aug. 10 asking for $10,000 in compensation. He came up with that rough number using the amount of money he receives on his personal site per 100,000 pageviews, multiplied by the number of posts on Reddit and minus $10,000 because Imgur’s “bandwidth is expensive.” Grelle received a response from Imgur, but nothing has changed at the hosting giant.

“I think if my audience grows as consistently as it has been, I will eventually make enough to support myself,” Grelle told the Daily Dot in August. “It’s just frustrating to know that I could already be there if sites like Reddit and Imgur would make small changes to their attribution policies.”

Regardless, Grelle’s efforts have brought the issue into the spotlight for discussion and hopeful resolution.

If you’ve ever wanted to see a closeup of strange, unexploded ordinances or learn about the dirty tactics being used by the Syrian government to quell rebels, look no further than C.J. Chivers’s blog. As a senior writer and foreign correspondent for the New York Times’, Chivers’s life abroad has been well documented on his blog The Gun, named after his book on the social history of the AK-47. Chivers documents the strange ammunition he finds on battlefields and provides an unadulterated look at the world’s deadliest wars.

“We know that in our social-media age some people approach or handle potentially dangerous items intending then to send the photographs or video to others for identification,” Chivers wrote in November. “We hope to discourage such foolish and risky behaviors and to encourage smart documentation and research. As we do so, we also hope to learn and to teach the little bit we manage to know.” 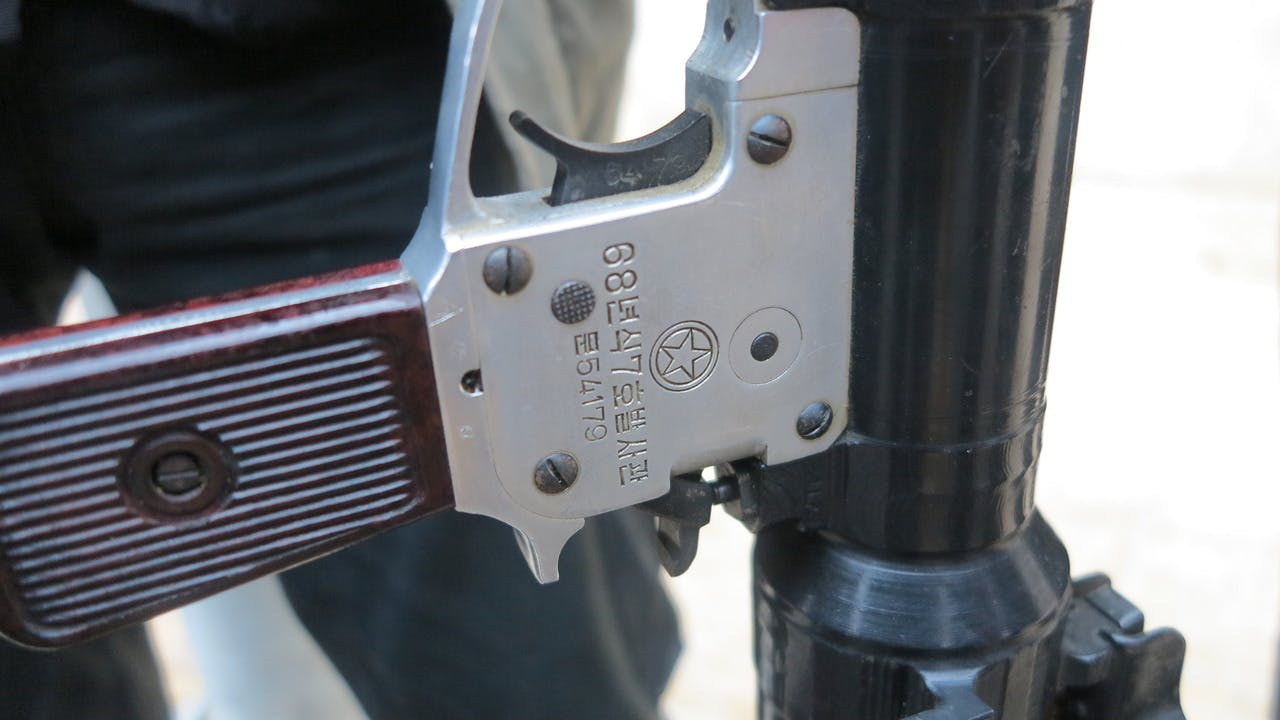 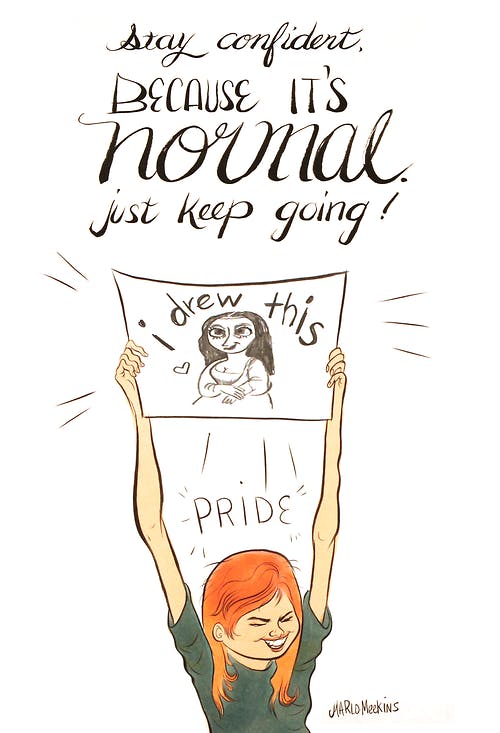 American fashion photographer has shot for Rolling Stone, GQ, and Vogue, but he’s perhaps best known for his work on Tumblr. His Diary offers candid, controversial, highly sexual photographs of models, artists, athletes, and actresses, captured with startling, almost confessional honesty. It’s also quite personal. Leading up to his mother’s death in early September death, Richardson posted about a dozen intimate photos of his mother in the hospital. 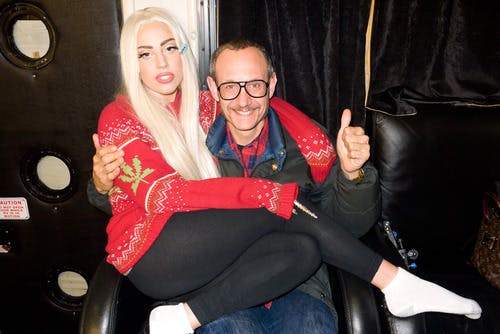 9) Texts From Hillary Secretary of Lulz

Some single-serving Tumblrs exist for months and even years without ever getting the mainstream recognition their creators believe they deserve. Texts From Hillary, which features a photo of the secretary of state checking her phone in a military plane, landed its creators on CNN in less than about a week. The meme also landed its co-conspirators Stacy Lambe and Adam Smith of “I’m With Kanye” fame in the presence of Clinton herself.

While the idea had a short shelf-life, it brought serious mainstream and political exposure to Tumblr this year and raised the bar for single-serving Tumblrs. 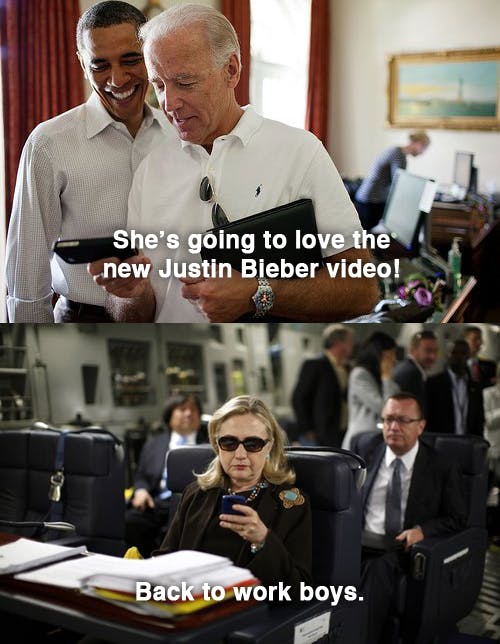 Started as a place to post hilariously depressing recession charts, I Love Charts has become a breakout hit that landed founders Jason Oberholtzer and Cody Westphal a successful book deal and partnership with Tumblr. Now three years in, the blog has more than 100,000 readers and has set the standard for comedic charts by curating infographics on Tom Waits’ anatomy, how to button a shirt, and global warming.

“There have even been a few moments in my life when I’ve thought I was good at it,” Westpal told the Daily Dot in May. “But I never would have guessed that I would be co-author of a published book that was being sold across the country. This whole experience has just been incredible and exciting. It’s been a lot of fun making this book, and I feel very lucky that Jason and I have had this chance.”