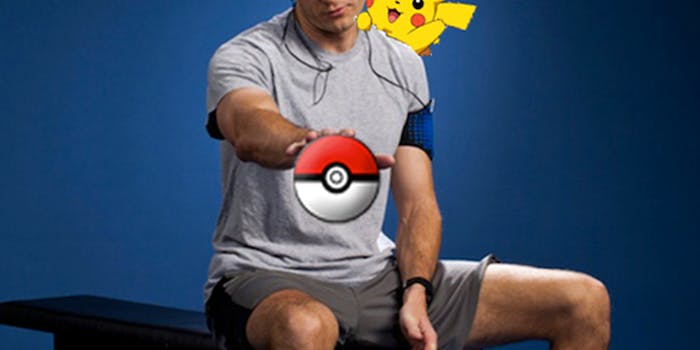 Paul Ryan’s bicep curl photos get the Internet pumped up

Paul Ryan has more meme potential in one bicep than most candidates have in their whole bodies.

If Paul Ryan fails to win the vice presidency, maybe he should consider becoming a Gold’s Gym spokesperson.

That’s the impression many Internet users are left with after outtakes from a 2011 photoshoot with Time magazine were released Thursday. Back then, Ryan was in the running not for Mr. America, but for the magazine’s “Person of the Year” award, which he didn’t win.

As a belated consolation prize, the Internet reacted accordingly and created memes, a fake OKCupid profile, and a mildly amusing Twitter account dedicated to Ryan’s bicep. @PaulRyansBicep has racked up nearly 1,000 followers, mostly by tweeting the number of reps he’s on. At last count, it’s 3,280.

A single-serve Tumblr called Mansplainingryan has also appeared, compiling all of the Ryan memes in one place. That’s convenient, because the memes seem to be popping-up faster than Ryan doing a chin-up.