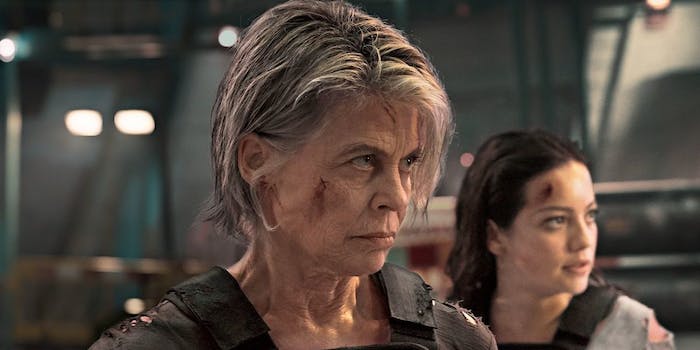 Announced at Comic-Con, Edward Furlong will return for the first time since 1991.

Edward Furlong, the former child star who played John Connor in Terminator 2, will reprise the role for Terminator: Dark Fate this year.

Dark Fate was one of the headline panels at San Diego Comic-Con on Thursday, revealing this tidbit of casting news along with a behind-the-scenes teaser. Following on from 2015’s underwhelming Terminator: Genisys, Dark Fate hopes to revamp the franchise by bringing back the original Sarah Connor (Linda Hamilton) alongside Arnold Schwarzenegger and a cast of new characters. And, apparently, a now-adult John Connor.

While the film is directed by Deadpool‘s Tim Miller, James Cameron is back on board as a producer, highlighting the connection between Dark Fate and the first two Terminator movies—still the most popular in the franchise.

Best known as a child actor in the 1990s, the 41-year-old Furlong has worked steadily in smaller roles since then. It’s unclear how much screentime he’ll have in Dark Fate because his role was announced much later than everyone else, but he’ll apparently appear as both an adult and a child, using CGI to recreate his childhood likeness with a body double, much like how a “young” Schwarzenegger appeared in Terminator: Genisys.