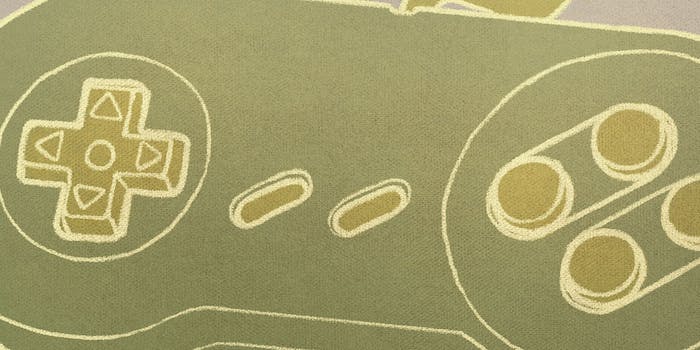 SXSW is trying to make amends.

After canceling two gaming panels earlier this week in response to online threats, South by Southwest is trying to make amends. The famed tech and entertainment industry convention has announced it will hold an all-day seminar to discuss online harassment.

The seminar will include the two formerly canceled panels, “SavePoint: A Discussion on the Gaming Community,” and  “Level Up: Overcoming Harassment in Games.” In a statement, SXSW said it is working with both panels “to develop the most productive focus for their appearances.”

“It is clear that online harassment is a problem that requires more than two panel discussions to address,” Hugh Forrest, the director of the convention’s Interactive programming, wrote on the SXSW blog. “Online harassment is a serious matter and we stand firmly against hate speech and cyber-bullying.”

Though SXSW had originally pulled the two panels due to “numerous threats of on-site violence.” They conceded today that the decision, which led to an onslaught of criticism, had been “a mistake.”

Though both panels purported to be neutral or unrelated to the subject of Gamergate, each had Gamergate ties. The first, “SavePoint,” was organized by Perry Jones, the founder of a group called the Open Gaming Society which supports the Gamergate movement and which has organized Gamergate meetups. The other panelists have also been described as “pro-Gamergate.”

The second, “Level Up,” was composed of panelists who claimed they didn’t want Gamergate to be the focus their conversation about online harassment; yet the panelists, including Randi Harper, were frequent targets of Gamergate-directed online attacks. Presumably any discussion of online harassment would attract an audience concerned about Gamergate (as well as supporters of the movement).

SXSW had approved the “SavePoint” panel in secret, without putting it up for a public vote per the community’s standard panel approval procedure. At least one other panel organized by Gamergate opponents did have to go through the standard period of public comment. According to panelist Arthur Chu, those panelists were, subjected to an onslaught of harassment in the comments of SXSW’s panel picker website—comments Chu claimed the staff did little to moderate.

Though SXSW claimed that its online summit would include both panels, on her Twitter earlier today, Harper clarified in response that her panel “is not confirmed” to be part of the panel lineup for the summit. Harper expressed concerns that representatives of the Gamergate, which made international headlines last year for its targeted harassment of feminists in gaming while on what it claimed was a crusade for ethics, were even being allowed to be part of the discussion.

GamerGate has nothing to do with online harassment other than being the ones that perpetrate it.

GamerGate has nothing of value to add to the conversation of solutions, and they create a safety concern for other participants.

While we support GamerGate being a part of SXSW Gaming, having them as part of the online harassment summit is a safety concern.

The movement they represent has forced many of us to go into hiding. Giving them a chance to say "we don't harass women" is bullshit.

What SXSW did was equivalent to allowing a perpetrator of domestic violence to stand on a stage next to the woman he abused.

On the other side of the debate, “SavePoint” panelist Mercedes Carrera took issue with being called abusive.

.@mjhillman06 @rachelannmoore @sxsw tell me just how I have "abused" anyone? Hmmm?

Ooh look, the salt flows. And I am SO happy to stand up there and debate you, @freebsdgirI :) https://t.co/5qbJhmnkDl

The convention has vowed to “work closely with the authorities and safety experts while planning for SXSW 2016.” While next year’s much-touted “big tent” of attendees with diverse opinions may be tense, it will hopefully be safe.

Update 1:41pm CT, Nov. 13: According to Polygon, the “SavePoint: A Discussion on the Gaming Community” panel—which included members from the Gamergate movement—is no longer on the summit. It will return to the larger SXSW Gaming portion of programming.